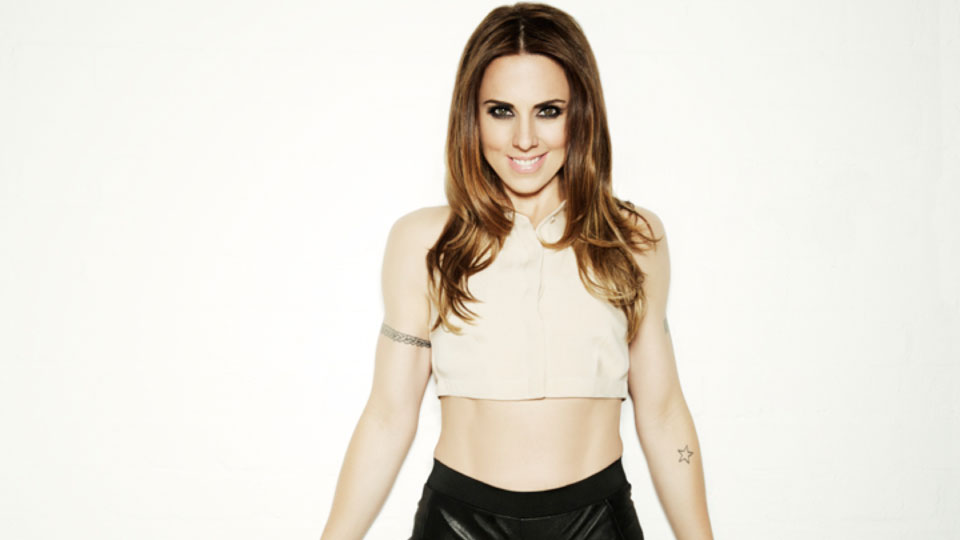 Melanie C drops brand new single Who I Am on Thursday, so to celebrate I’ve looked back over her lengthy career to pick her 10 best singles.

Arguably the most prolific of the Spice Girls, Mel has released well over thirty singles and seven studio albums in a post-Spice career of more than 20 years.

The Who I Am video sees Melanie in a gallery looking back at earlier points of her career as we see her short blonde spikey haired look from Northern Star era as well as a Sporty Spice look.  The song seems to deal lyrically with self-acceptance and suggests we may think that we know the artist formerly known as Sporty but maybe only she’ll ever know the truth.  Watch the video below:

Having relistened to her many singles, I’ve compiled my Top 10 favourites below.  Do you agree?  Let us know @Entfocusmusic

My two favourite Spice Girls covering an absolute 80s classic written by Benny and Bjorn from ABBA – how could this be anything but amazing?  Mel and Emma’s voices have always blended well together, and this song is no exception.  Taken from Melanie’s Stages album, where she took on songs from musicals, it’s a sumptuous interpretation of the song that doesn’t veer too far from the original.

The lead single from Mel’s fifth studio album The Sea sees Mel back on the dancefloor with a guitar tinged banger.  Production comes from Danish pop/dance maestro Cutfather who’s other work includes Kylie’s Get Outta My Way and The Saturdays If This Is Love.

Another ballsy rock-pop track that you can certainly dance to, Yeh Yeh Yeh was the third single from Mel’s second album Reason, double a-sided with the ballad Melt. In many ways, I think this would’ve been a better lead single than Here It Comes Again as this is much more instant. The song was written by Mel with Rhett Lawrence who as well as penning one of Mel’s Number 1s (Never Be The Same Again) has also worked on tracks for Kelly Clarkson, Eternal and Mariah Carey.

Not a single in the UK, this track was used as the theme tune to soap opera Wege zum Glück in Germany. It’s an uplifting mid-tempo track reminding you that your life can start today and it’s down to you to make things happen. The track hit the top spot in Germany and Switzerland and Number 2 in Austria. The track was written by none other than Enrique Iglesias with Guy Chambers (Robbie Williams long term writing partner).

Melanie enjoyed her second solo UK Number 1 hit with I Turn To You thanks to an Ibiza dance remix from Hex Hector. It was released in summer 2000 and won Hex a Grammy for Remixer of the Year. It’s a euphoric dance number that still puts a smile on my face today and makes my arms float to the ceiling! I Turn To You was the fourth single release from Mel’s Northern Star album.

The title track from Melanie’s fourth studio album was given a slight makeover for it’s single release. The track was written by singer/songwriter Adam Argyle (who also duetted with Mel on the album’s Don’t Let Me Go) who has also worked with Newton Faulkner, Olly Murs and more recently Dua Lipa. Melanie sounds fantastic vocally and the song starts slow but builds to an eruption of a chorus.

4. When You’re Gone (with Bryan Adams)

The place her solo career began, a duet with legendary Canadian rocker Bryan Adams. Peaking at Number 3 in the UK charts it was announced in 2017 as the biggest selling single by a solo Spice Girl having sold over 3/4 million copies by Official Charts. Unusually for a duet, both Mel and Bryan sing the same lines at the same time working with harmonies rather than taking individual verses. It suited Melanie’s rockier roots and set the ground work for Goin’ Down.

The first single from Melanie’s third album Beautiful Intentions, is a rock-pop song that takes a sharp look at the reality show culture that had developed with shows like Pop Idol and X Factor. Like This Time it was written by Adam Argyle and the track gave Mel her tenth solo UK Top 40 hit.

The second single and title track of Melanie’s debut album, Northern Star is such an inspirational and positive track that I instantly fell in love with when it was released back in November 1999.  The track was co-written by Mel with Rick Nowels who had worked with Belinda Carlisle and Stevie Nicks previously as well as writing on Madonna’s Ray Of Light album the year before.

1. Never Be The Same Again

Melanie’s first UK Number 1 and topping my list is Never Be The Same Again.  The slinky R&B tinged pop number tells the tale of a friendship that turns into something more.  A scenario many of us have been in..or wished to be!  TLC’s Lisa ‘Left Eye’ Lopes guests on the track with a rap, and appears alongside Mel in the video performing Tai Chi moves.

Melanie C’s new single Who I Am is released on Thursday 19th March.