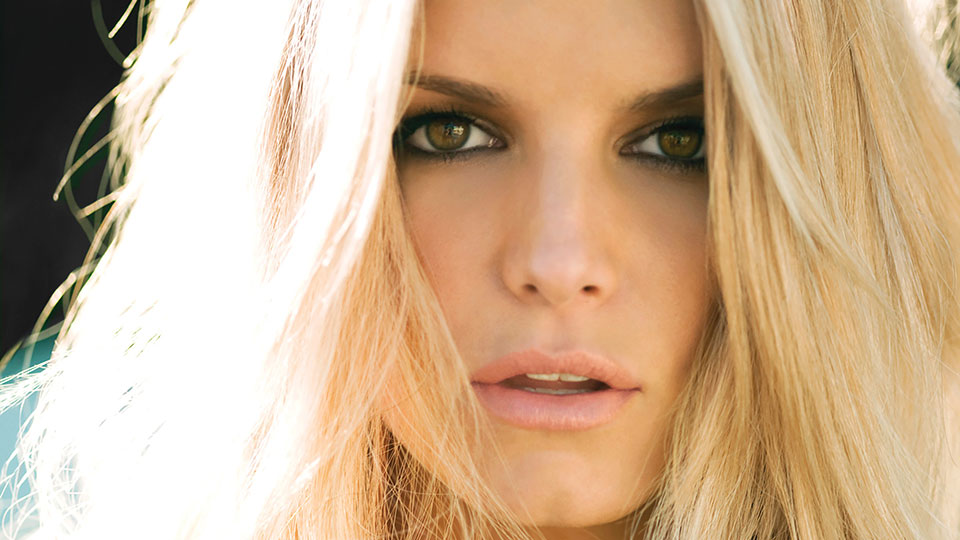 Jessica Simpson first came to fame in 1999 with the release of her smash hit debut single I Wanna Love You For Ever, taken from her 2x Platinum-selling album Sweet Kisses. Arriving in the midst of Britney Spears and Christina Aguilera gaining popularity, Jessica was launched as an alternative to the two pop princesses with the label emphasising her voice and Christian values. In the years since she’s hit incredible highs and surprising lows and in her new book, Open Book, she speaks candidly for the first time about her life and the struggles she’s battled through.

Unlike her pop contemporaries, Jessica has never been one to tow the media training line and has built her popularity on speaking her mind. In Open Book she’s more open than she’s ever been before, sharing stories from her life and career, and owning her own mistakes and disappointments. The book opens with Jessica retelling the moment where she realised that alcohol had become a dependency for her and she knew she had to put a stop to it for the sake of herself, and her family. That moment of clarity is a jolting start to the book that sets the tone for a revealing and engaging memoir.

The early parts of the book deal with Jessica’s attempts to find fame but being thwarted just before she made it. She tells stories of her auditions for the Mickey Mouse Club, where she lost out on a spot to Britney and Christina, and she jokes about how those two singers factored into her career more than she’d ever realised they would when she first met them. The book really gets going when Jessica shares her experiences in the music industry and how then Sony boss Tommy Mottola, who was once married to Mariah Carey, took a keen interest in her career.

Proving to be as relatable as ever to young women, Jessica details her struggles with weight after the label pressured her to slim down and look sexier. The transition from virginal Christian girl on Sweet Kisses to sex kitten for 2001 follow-up Irresistible wasn’t one Jessica herself had wanted but a keen people pleaser, she did as she was told following the advice of the team around her. It was during these years she met 98 Degrees singer Nick Lachey, whom she married in 2002 and divorced in 2006. Many fans will be interested to know more about their relationship and Jessica doesn’t hold back. Giving a lot of insight into the making and challenges of their MTV reality series Newlyweds, and highlighting the jealousies and insecurities that tore them apart, it seems their relationship wasn’t the picture perfect one we were led to believe it was in the media.

Over the book’s 400 pages, Jessica leaves no stone unturned. She speaks openly of her flirtation with The Dukes of Hazzard co-star Johnny Knoxville while she was married to Nick, and her toxic relationship with musician John Mayer proves to be one of the most shocking parts of the book. John already has a poor reputation when it comes to relationships thanks to the likes of Taylor Swift writing songs about him, but Jessica paints him as a needy emotional manipulator that had to have full control of her life and refused to let her go. It’s a stark contrast to the everyman image he portrays.

Outside of her own career, Jessica talks in-depth about the relationship between her mother Tina and her father Joe, who was her manager for a long period of time. She also, to a much lesser extent, discusses her sister Ashlee, whom she has nothing but love and adoration for. Jessica’s fashion empire features heavily too, and that’s perhaps what she is best-known for having chosen to hang up her microphone in 2010 thanks to crippling self-doubt and anxiety. The audio book version of Open Book features several new songs from Jessica so a return to music is surely in the pipeline?

Open Book is everything you’d want from a celebrity memoir and more. Jessica doesn’t hold back and she speaks her truth. The issues and struggles she’s faced, from alcohol dependency to fertility struggles through to coping with extreme fame, are laid bare here and Jessica isn’t shy about sharing her thoughts. Her Texan charm radiates from the pages of the book and it’s not hard to see why she’s remained an enduring and popular celebrity, regardless of what endeavour she’s pursuing. Open Book is an addictive read and a real insight into the singer, actress and fashion mogul’s remarkable life.

Advertisement. Scroll to continue reading.
In this article:Jessica Simpson