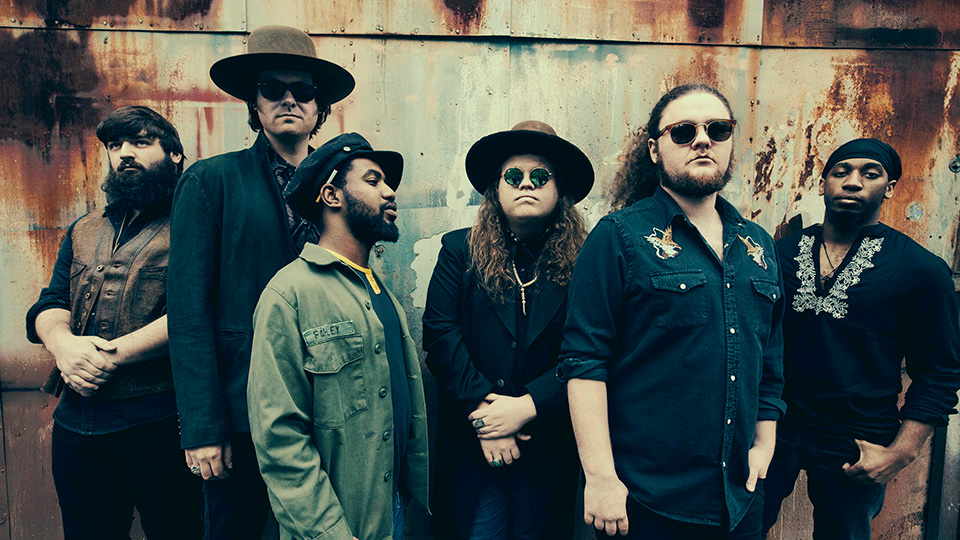 Hailing from South Carolina, The Marcus King Band formed in 2013 led by guitar phenomenon Marcus King. Brought up in a musical family, Marcus cut his teeth playing shows alongside his father Marvin King. 2015 saw the release of the band’s debut album Soul Insight and since then they’ve released two more records – The Marcus King Band in 2016 and Carolina Confessions in 2018. Earlier this year Marcus released his debut solo album El Dorado, an album that I fell in love with the moment I heard it. The Marcus King Band is currently on the road in the UK and last night they pulled into Electric Ballroom Camden in London for their latest stop.

Honestly, I had no idea what to expect going into the show. I was familiar with El Dorado and some of the band’s singles, and I obviously knew that Marcus was a gifted guitarist, but I had no idea what a whole show from the band would look and sound like. Arriving on stage around 9.15pm, the band played an intro before launching into Turn It Up from Marcus’ solo record El Dorado. It was the first of a handful of songs to be played from the record over the course of the night. The performance was also the moment where I realised simultaneously that Marcus and the band are incredibly talented but their performance style might not be for me.

There’s no denying that Marcus’ voice is incredible and it’s mind-blowing to think that he packs that much authenticity into his delivery given he’s only 23-years-old. There’s also no denying that as a guitarist, he’s one of the best in the music business. Expecting both of those things to collide and blow me away last night, I was a little disappointed when the focus of the set was more on jamming out with long solos and instrumental runs, rather than packing in the songs that the audience had likely gone out to hear.

The set started off well with Where I’m Headed and How Long sounding fantastic in the packed-to-the-rafters venue. The funky bluesy groove of those songs had my toes-tapping and the audience enthralled. The moment where I felt a notable shift in the audience, and my own attention, was a medley that started with a cover of I Just Want To Make Love To You. For me, combining it with other songs and drawing it out into a lengthy jamming session lost the melody and the essence. I could see from the balcony that the crowd downstairs were losing interest with many of them flocking to the bar to refill their pint glasses.

When the band focused on the songs such as the excellent Side Door and the swoonsome soul of Love Song, they had the audience in the palm of their hand but once the extended jamming came in, the level of chatter upped and those audience members who had come on the strength of El Dorado started to disengage. I think part of the problem is that Marcus is really hard to pigeon-hole when it comes to genre. He’s kind of fallen into the Southern Rock / Country genre here in the UK but live he’s much more Blues and Soul, and those different genres pull very different audiences.

The set came to a close with The Well, one of El Dorado’s rockier moments. It focused the attention back on the songs the audience knew and Marcus sounded fantastic. That voice is so powerful and spine-tingling, and I just wish I’d been able to hear much more of it over the course of the evening. I acknowledge that it’s a bit of a first world problem to complain about a performance of this quality but it wasn’t what I, or by the look of it many in the audience, was expecting. The Marcus King Band are talented for sure and if they cut back on the jamming, the set would have been tighter and more engaging.

Advertisement. Scroll to continue reading.
In this article:Marcus King, The Marcus King Band