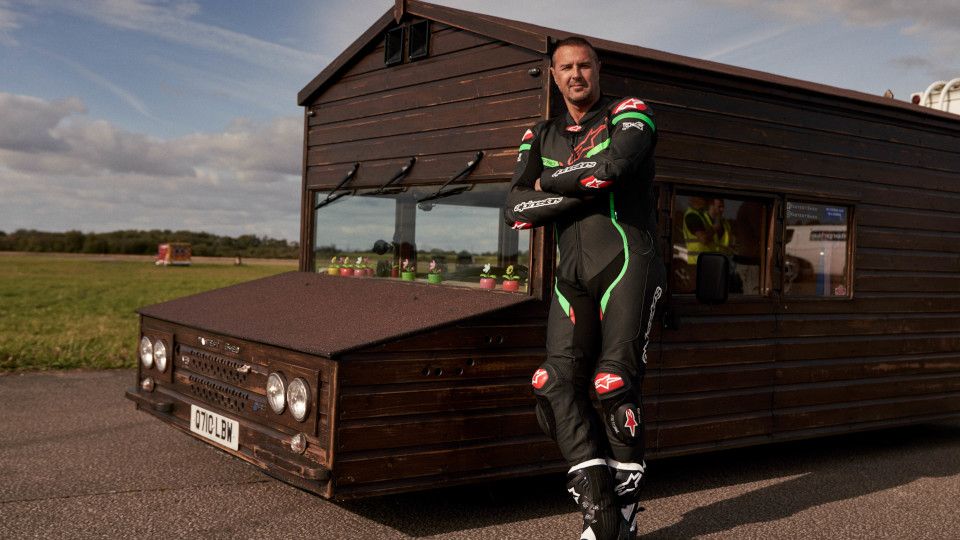 In the most recent episode of Top Gear hosts Freddie Flintoff, Paddy McGuinness and Chris Harris attempt to discover which is the best sports car you can currently buy. We also see Chris drive the new all-electric race car from VW plus YouTuber KSI is the guest on the sofa.

The boys are tasked with each choosing a sports car in an attempt to decide which car is currently the best sports car you can buy. Predictably Chris turns up in a Porche 911, Freddie opts for an Astin Martin V8 Vanquish and Paddy, subtle as ever, chooses a bright red Ferrari Portofino. After a few minutes of slagging off each other’s cars, they set off for their first challenge.

Their first challenge is to get as close as possible to their car’s advertised top speeds. This event takes place on a closed airfield where all sorts of other vehicles are also attempting feats of speed. Once they have all completed their 1.4-mile run it turns out that the Ferrari comes the closest clocking a speed of 188 mph.

After testing their own cars they all choose another vehicle from the public who are at the event. Chris chooses a car, Freddie picks what he describes as a skateboard with a rocket on the back and Paddy finds himself in what can only be described as a shed. Not surprisingly Chris wipes the floor with the others but Freddie runs into an issue when his breaks fail. He ends up overshooting the end of the runway and flying onto the surrounding grass.

The final part of the sports car challenge involves a race to a racetrack in an attempt to put in as many laps as possible before the clock runs down. They are not allowed to use sat nav to get there though and must rely on a co-driver using a map. Chris is paired with Damon Hill, Paddy with show favourite Sabine and Freddie ends up with the Stig who isn’t a great deal of help.

Chris arrives first and puts in 20 laps, Freddie second and manages 17 laps whilst PAddy and Sabine get totally lost and only have enough time to put in five laps. Back in the studio, all three agree that the Porche is, in fact, the best sports car you can buy right now.

Next up we see Chris Harris driving the insane all-electric VW IDR. The IDR has been made with the sole aim of going as fast as possible, it isn’t designed to take part in any particular competition and therefore isn’t bound by any rules. The result is astonishing and the IDR will go from 0-60mph in 2 seconds and 0-120mph in 5 seconds. It also corners like a beast too and you can see from the grimace on Chris’ face as he speeds around the track that the G forces are taking their toll on his body.

To show just how fast the IDR is he pits it against a Mclaren 720S, one of the fastest supercars on the planet, and leaves it well in the rearview mirror in a drag race. The IDR is limited to a 12-mile range however so you don’t get much driving out of it. Nonetheless, the IDR is a stunning example of what can be achieved when there are no rules.

Finally, we see Youtuber KSI taking his turn in the reasonably fast car. The weather conditions are terrible and not surprisingly he doesn’t put in the fastest of laps. He also takes part in a punch off with Freddie to see who can hit the hardest.

View some more images from the episode in our gallery below: