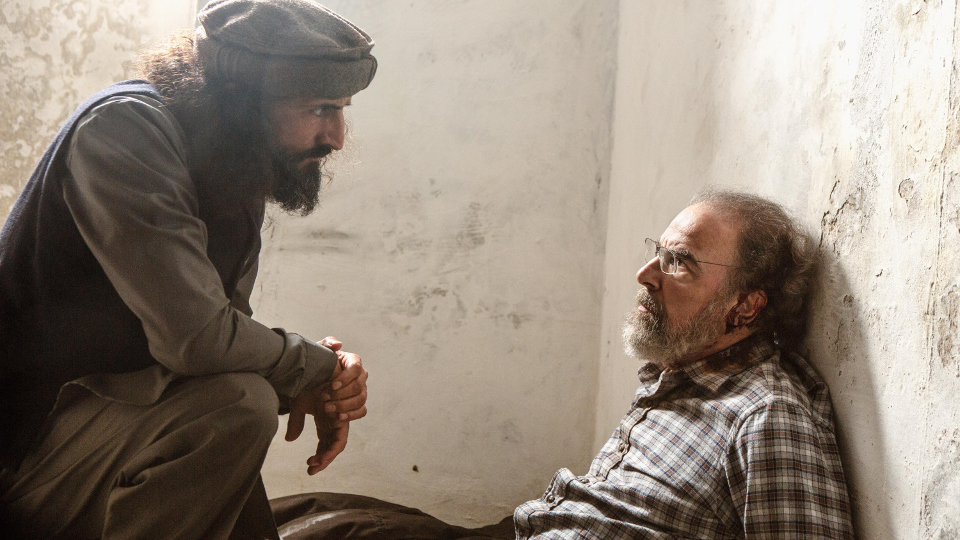 The latest episode of Homeland, saw Carrie (Claire Danes) and Saul (Mandy Patinkin) on different missions to try and facilitate peace between the Taliban and Afghanistan.

Carrie had a tough meeting with Afghan VP G’ulom (Mohammed Bakri) who refused to change his mind to release the Taliban prisoners. She needed to find some leverage and a mysterious letter on her desk pointed her in the right direction.

The letter gave the name of a woman called Samira who had been looking into corruption. Her husband had died in a car bomb meant for her. Carrie and the team arranged a job interview for Samira so Carrie could investigate her apartment.

Carrie uncovered a USB stick full of documents showing that G’ulom had been scamming the U.S. for millions for fictional bases and troops. After convincing Samira to help, Carrie used the information to force G’ulom to walk back his comments and promise to release the prisoners.

Meanwhile, Max (Maury Sterling) picked up chatter proving that Haqqani (Numan Acar) was interested in peace. He sent a letter via one of the returning Guantanamo prisoners to arrange a meet.

It almost worked and Haqqani came to see Saul but his convoy was hit by Pakistani intelligence. Saul was taken prisoner and brought to a compound where Haqqani knocked him out with a rifle.

Elsewhere, Carrie bumped into Yevgeny Gromov (Costa Ronin) who told her that he was the one who sent her the tip about Samira.

Here’s the synopsis for Homeland 8×03 – Catch and Release: