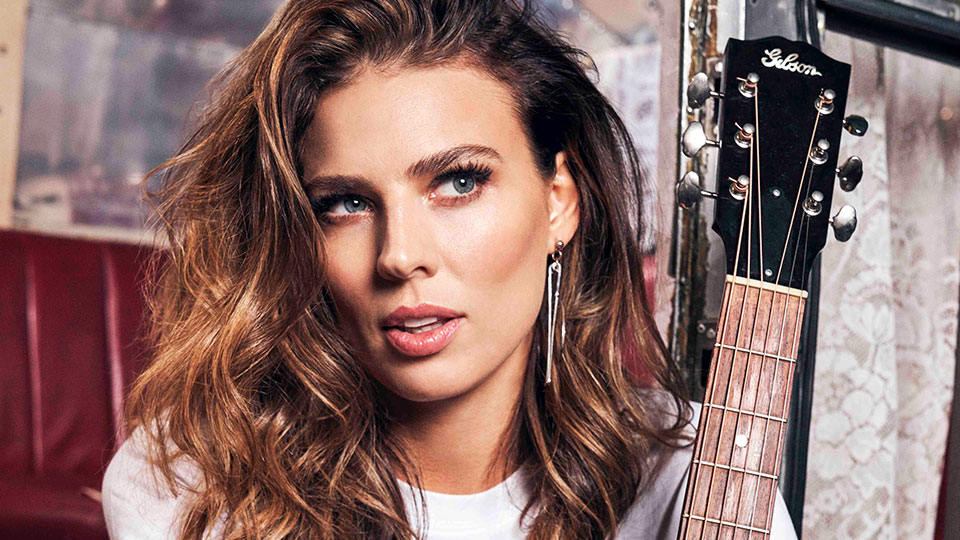 Twinnie has been working hard the past few years to make her mark on the British Country music scene and it’s paying off.

Following her role as Porsche McQueen on Channel 4’s hit soap Hollyoaks, Twinnie signed a record deal with BMG in 2017. Her debut EP for the label, Better When I’m Drunk, was released in 2019 and the title track has become a favourite with fans at the singer-songwriter’s live shows.

Since then Twinnie has released the singles Social Babies and Type of Girl, and she’s currently on the countdown to the release of her debut album Hollywood Gypsy, due for release on 17th April 2020.

A regular on the live circuit, Twinnie has done a number of support slots and was part of the CMT Next Women of Country line-up alongside Logan Brill and Cassadee Pope. For the past three years she’s performed at C2C: Country to Country and this year she’ll be returning to perform on the Spotlight Stage.

It will mark the fifth time a British act has performed on the Spotlight Stage following in the footsteps of Sam Palladio, The Shires, Ward Thomas and The Wandering Hearts. It should provide the perfect springboard to launch Hollywood Gypsy and gain Twinnie plenty of new fans along the way.