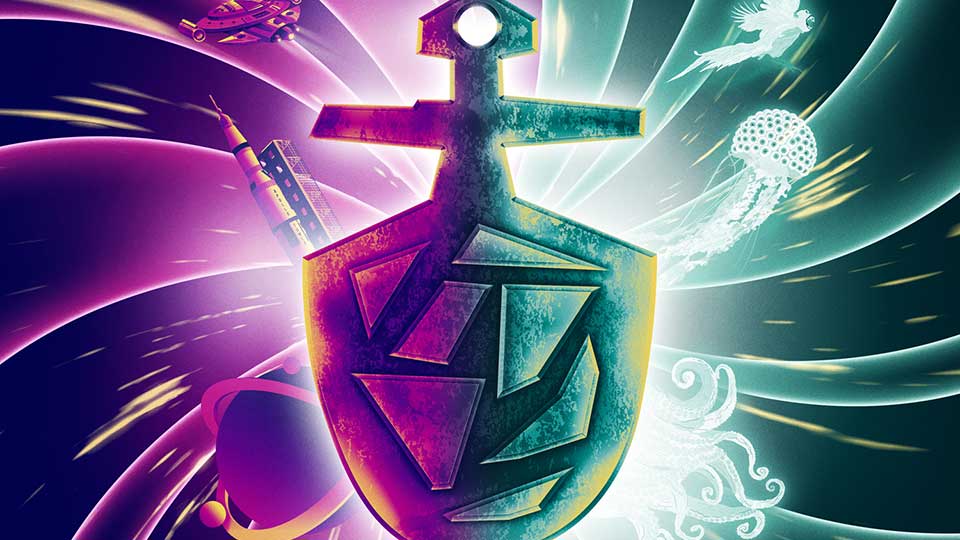 1993 was a great year to be alive for a Doctor Who fan. Jon Pertwee reprised his role as the Third Doctor for The Paradise of Death! The TV series was no longer being made, but a brand new radio adventure was broadcast to celebrate the thirtieth anniversary of the Time Lord’s debut in 1963.

I remember it well. There was a buzz of excitement around Jon Pertwee’s convention appearances, and rapturous applause when he was introduced onto the stage as “the incumbent Doctor”. The audio drama was quickly released on cassette, and I vividly recall buying it from WHSmith’s at Manchester Airport en route to a holiday in Ibiza with my parents. Funnily enough, Pertwee had a holiday home in Ibiza, and I kept my eyes peeled everywhere we went in case we happened to bump into the great man (we didn’t).

The scene-setting and little insight into my misspent youth is by way of explaining my uncharacteristically high levels of excitement when Demon Music Group announced that they were releasing the two 1990s Jon Pertwee audio adventures on vinyl. They have not only given a new lease of life to many of the classic adventures that are sadly, save for audio, missing from the archives, but now selected the often-overlooked radio plays The Paradise of Death and The Ghosts of N-Space, packaging them together in a six-vinyl release. And what a beautiful release, which grants these audio plays a whole new lease of life, and guarantees them a whole new audience.

These two audio stories are amongst the most special of the Demon Music Group range. Not only were they written and recorded as audio adventures to begin with, making them a fantastic auditory experience, but they were amongst the late, great Jon Pertwee’s final body of work. They were also the last, splendid hurrah for a much-loved series that would briefly return to our screens with a shallow American TV movie in 1996 before being turned into something to suit modern sensibilities from 2005 (the less said about that, the better). For old school fans such as myself, these two precious audio adventures are the last examples of real Doctor Who.

Are they any good? Yes! They’re terrific fun, and sorely underrated. I’m not sure what happened to my old cassettes, and after I left for university in the late 90s, these stories lived on only in my memory. Returning to them now, over twenty years later, has been powerfully nostalgic and rewarding. You can tell they were written by Barry Letts, who had produced most of Jon Pertwee’s era of the show in the 1970s, in that they are socially and spiritually aware.

The Paradise of Death was well ahead of its time in spelling out an environmentalist message, as an unscrupulous duo attempts to sell an alleged miracle plant to earth’s authorities which is in fact a destructive weed that will lay waste the planet. Understanding precisely how good radio drama works, Letts allows his imagination free rein, knowing that he doesn’t have to worry about a famously tight budget stretching to convincingly create multiple locations and monsters. In this spirit, the story takes a James Bond approach and shifts the action repeatedly. A murder at a theme park offering “experienced reality” – the next phase of virtual reality – leads to an alien planet where, in another sign of how ahead of its time this story was, the populace are taken up with a ‘Hunger Games’ style of entertainment whilst their planet is being laid to waste.

The Paradise of Death brought together Jon Pertwee and Elisabeth Sladen as Sarah Jane with Nicholas Courtney as the Brigadier. They are all now much-missed, but hearing the three of them together is an unalloyed joy. Listening to it again, Courtney is especially impressive. The Brigadier has to be both militaristic and authoritative yet also warm and relatable. Courtney pulls off this impossible demand and brings great dignity to the part. The villains in The Paradise of Death are no less excellent. Peter Miles and Harold Innocent (who had both appeared in the TV series) are a fabulously camp double-act. It’s impossible to know if the level of smut they bring to their lines (they aren’t even double-entendres!) is as a result of their ad-libs or Letts’ script, but they deliver them with relish, and are laugh-out-loud funny. It’s also great to hear the distinctive tones of character actor Maurice Denham as the president of the alien world Parakon.

The Ghosts of N-Space has always been overlooked because, although it was recorded shortly after The Paradise of Death, the BBC didn’t build on the momentum of the thirtieth anniversary, and left it unbroadcast until early 1996. By then, all attention was on the Paul McGann TV movie, which was in production, and only a few months later Jon Pertwee died, bringing a sad end to the radio dramas. Its inauspicious beginnings are a real shame, because there’s so much to love about The Ghosts of N-Space. Once again, it is full of the kinds of ideas Barry Letts was enthusiastic about – there were often strong elements of Buddhist philosophy in his writing, and this is very much in evidence here. N-Space is his allegory for the afterlife, and in the course of the story, the Doctor battles to keep the gates of hell closed during a romp through different time zones. It all starts when the Brigadier visits his eccentric Italian uncle at his haunted house. This was unusual territory for Doctor Who, which invariably chose scientific rationalism for a worldview, but under Letts’ pen, it has the ring of authenticity.

The supporting cast is terrific. Harry Towb, who had two memorable death scenes in Doctor Who, plays the Brigadier’s Uncle Mario. His comedy Italian accent and frequent cries of ‘mamma mia!’ may be frowned upon in these more censorious times (as would a throwaway line of the Doctor’s about the Arabs in Spain), but there’s no denying the character is very funny. There are also roles for Stephen Thorne (Omega/Eldred/Azal) and Sandra Dickinson, who was married to former Doctor Peter Davison.

This release from Demon Music Group brings all five episode of The Paradise of Death and six episodes of The Ghosts of N-Space together across six heavyweight vinyls (there is only one episode on the first disc). As usual with their incredible range of Doctor Who merchandise, the boxset has been produced to a very high standard and features excellent design work. Pertwee’s distinctive TARDIS key, so often seen on a chain around his neck, is the iconic image chosen for the cover. The six vinyls are individually packaged in card cases that show the TARDIS key on one side and align together on the other side to show Space World and the Brigadier’s uncle’s castle, surrounded by ghosts. The standard release has blue vinyls for the Paradise of Death and yellow for The Ghosts of N-Space. However, there is a limited edition Amazon exclusive splatter edition for collectors.

There’s never been a better time to enjoy the audio adventures that marked the end of the Third Doctor’s travels in the TARDIS, and the last beautiful flourish of classic Doctor Who. The Paradise of Death and The Ghosts of N-Space will always have a special place in my heart, and listening to these adventures again on high-quality vinyl has been an incredible fan experience.

In this article:Barry Letts, Demon Music Group, Doctor Who, Elisabeth Sladen, Jon Pertwee, Nicholas Courtney, The Ghosts of N-Space, The Paradise of Death