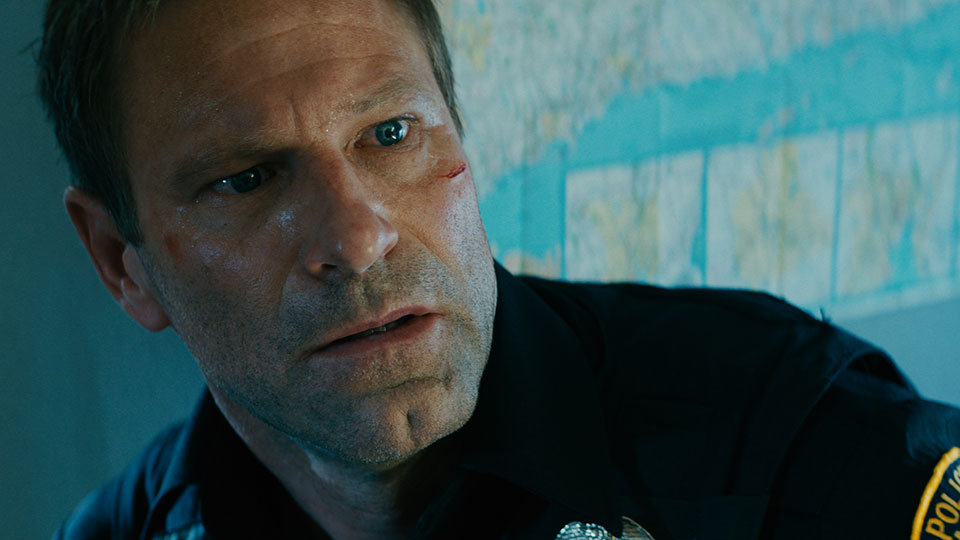 Buckle up for intense against-the-clock action as Aaron Eckhart stars in the explosive real-time thriller In the Line of Duty!

In the Line of Duty finds disgraced cop Frank Penny (Aaron Eckhart) on a rogue mission of redemption to find the Chief of Police’s abducted daughter. Trapped in a box that’s slowly filling with water, time is running out for the innocent captive, and Frank’s chances of rescuing her is quickly ebbing away…

With the girl’s chances of survival already slim, Penny makes a fatal mistake and kills the twisted abductor, eliminating their only lead as to the girl’s whereabouts. Now joined by ambitious reporter Ava (Courtney Eaton) who is live streaming the search, all hell breaks loose when the dead abductor’s brother (Ben McKenzie) arrives on the scene with a bloody thirst for revenge…

Signature Entertainment presents In the Line of Duty on DVD and on Digital HD 24th February.

To celebrate the release we’ve got one Signature Entertainment action/thriller bundle to give away that includes In the Line of Duty DVD, Kursk: The Last Mission Blu-ray, Night Hunter DVD, The 12th Man DVD, Arctic DVD and Final Score DVD. Enter below for a chance to win…

Advertisement. Scroll to continue reading.
In this article:In the Line of Duty