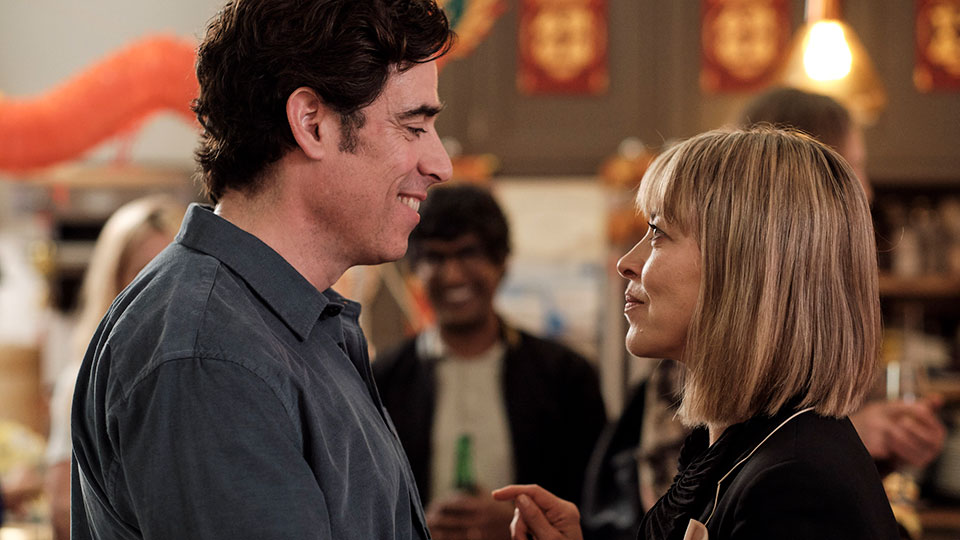 The Split continued tonight and things are getting juicier by the week.

In episode 2, Hannah (Nicola Walker) struggled to deal with the stress of her double life. Nathan (Stephen Mangan) began to suspect something was up while Hannah continued her affair with Christie (Barry Atsma).

With Hannah out of the home for long hours, the children started to become affected as they needed the attention of their parents.

At work, Hannah dealt with a divorce petition for the wife of a romantic novelist, and began to equip Fi Hansen (Donna Air) for her separation from husband Richie (Ben Bailey Smith), negotiating a complex case within the midst of a media storm.

Elsewhere Rose (Fiona Button) dealt with the devastation of her miscarriage, Nina (Annabel Scholey) came to terms with her surprise pregnancy, and Ruth (Deborah Findlay) reconnected with someone from her past.

As Hannah desperately tries to clean up any evidence of her affair, Christie learns a secret about their past that fuels his anger.

After their first meeting to discuss child arrangements with Richie’s lawyer, Hannah realises this is not going to be a clean fight, and suspects Fi (Donna Air) may be hiding something.

Meanwhile Nathan plans a surprise wedding anniversary party for Hannah at their family home, where secrets start to come out…

The Split continues at 9pm Tuesday on BBC One. Preview the episode with our gallery below: