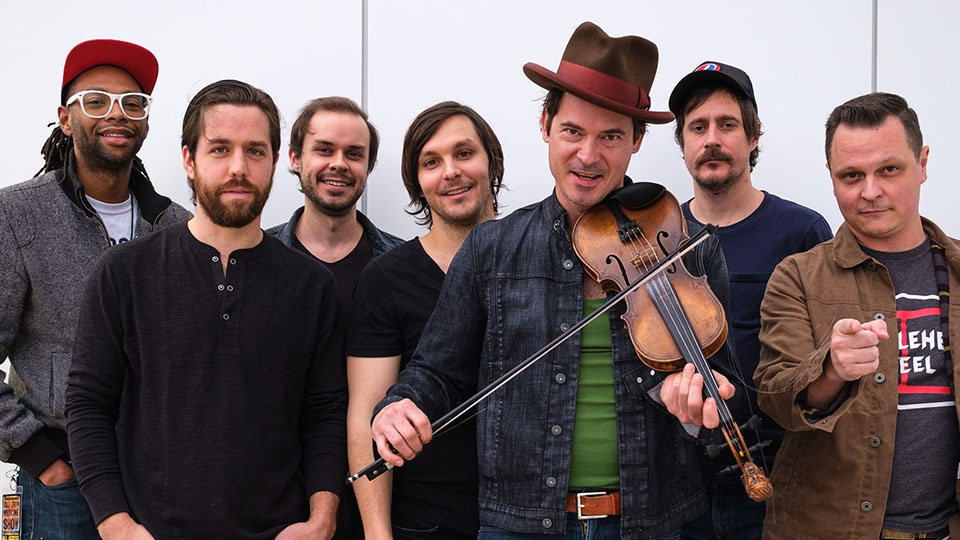 C2C: Country to Country has a good habit of putting an act on the Main Stage that a lot of the audience isn’t all that familiar with. This year that will be Old Crow Medicine Show, who despite having been around since 1998, don’t have much of a profile here in the UK.

The Nashville-based Americana string band were inducted into the Grand Ole Opry in 2013 and they’ve released six studio albums to date. The groups current members are Joe Andrews, Morgan Jahnig, Jerry Pentecost, Ketch Secor, Cory Younts and Charlie Worsham (who we’re sure you are familiar with).

Ketch from the band wrote Wagon Wheel, which later became a hit for Darius Rucker, around a chorus that Bob Dylan had recorded in 1973. It was 25 years later that the song was completed by Ketch and it was released as a single by Old Crow Medicine Show in 2004, becoming a hit for the band.

In 2018 the band released sixth studio album Volunteer through Columbia Nashville. It was produced by Dave Cobb and was well-received by fans and critics.

Charlie Worsham, who is best-known for his solo work here in the UK, joined Old Crow Medicine Show in 2019 as a temporary member. He’s still with the group at the time of writing this article but it’s not known if he’ll be part of the line-up for the C2C performance.

Over their career to date, the band has picked up a number of awards including Best Folk Album at the Grammy Awards in 2015 for fifth album Remedy.