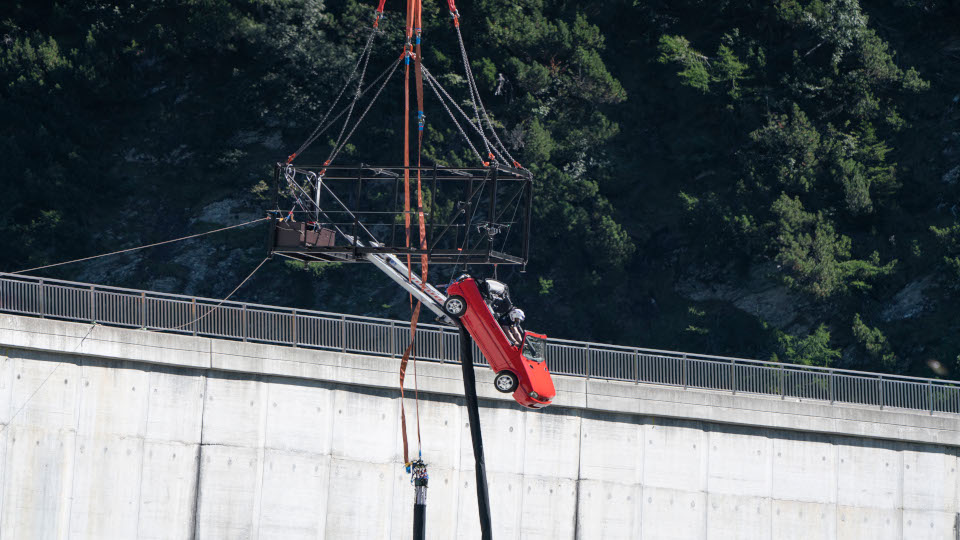 In the most recent episode of Top Gear, the absolutely fearless Freddie Flintoff completed a bungee jump in a car. The jump takes place off a dam in Sweden with Freddie strapped into an ageing Rover Metro.

The finished film is truly stunning and it’s really interesting to see what goes into creating such a scene. During preparation, the production crew highlight some of the many challenges they faced to produce the stunt.

Some of the challenges they faced included how the car itself was falling and how this could potentially cut through the bungee as the car fell. Armed with a trusty angle grinder things are soon rectified. They also found that the car had a tendency to veer towards the wall of the £500 million dam which would clearly result in disaster. It’s very impressive to see how they adapt to these challenges on the fly.

Top Gear has been famous for years for its crazy stunts but this one has to go straight to the top of the list in my opinion. Flintoff is truly fearless and it will be interesting to see how far they can push him in the future.