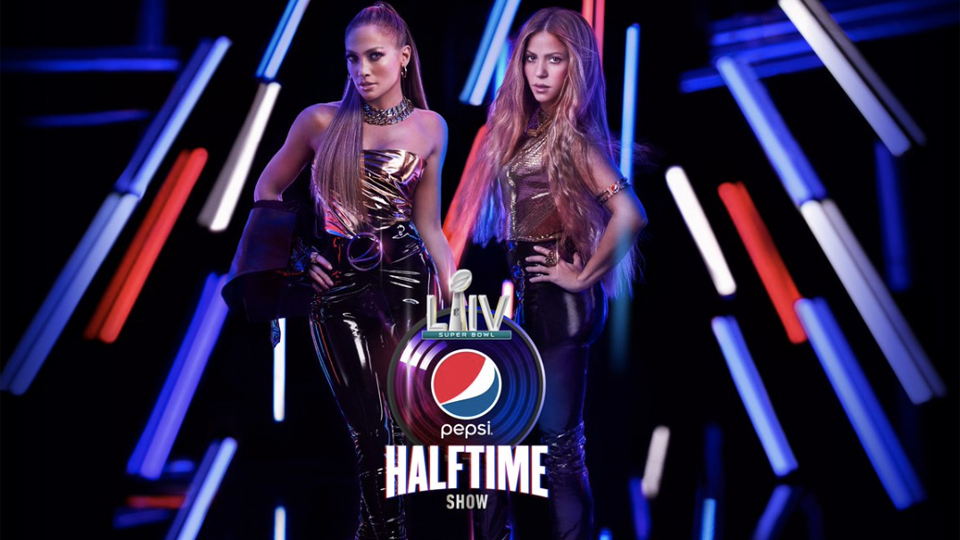 This weekend sees one of the year’s biggest sporting events as Kansas City Chiefs take on San Francisco 49ers, but what I really care about is the halftime show. Some of pop’s finest have had the honour of performing including Madonna, Lady Gaga and Beyonce. Plus we’ve been given some unforgettable moments including Janet Jackson’s wardrobe malfunction and Katy Perry’s dancing ‘left’ shark.

This year, things are getting spicier as not one but two megastars, Jennifer Lopez and Shakira will be putting on a show. There will undoubtedly be hip jiggling and booty shaking aplenty alongside a heap of massive hits.

I’m going to guess that both acts will get the best part of 5 songs each so here’s the songs I’m predicting will form the setlist for what is set to be a latino influenced extravaganza!  Do you agree? Let us know @entfocusmusic

I remember driving on holiday in California with a couple of pals in our convertible Mustang, top down and LA radio playing this song which I swore had the lyrics ‘Lucky that my breasts are small and humble’.  Hearing it many times more on holiday only confirmed what my ears had heard and made me fall in love with the panpipe featuring Whenever, Wherever.  The song that launched Shakira’s English language career, topped the charts in the UK and went Top 10 in the states.  Surely it’ll see an outing at the Superbowl?

Next I’m predicting we’ll get the song that name checked Shakira twice thanks to Wyclef Jean; Hips Don’t Lie.  A monster global hit in 2006 topping the charts around the world, this banger is irresistible and will have everyone up on their feet chanting along.

Many previous Superbowl halftimers seem to pop up again at subsequent sets so we’re wondering if Beyonce, Beyonce might make an appearance to sing Beautiful Liar with Shakira.  This video still confuses the hell out of me as the pair seem to shapeshift into each other.  This may also be a good opportunity to allow JLo to take Beyonce’s role in this song.

My personal favourite Shakira song has to be 2009’s She Wolf and a big part of that is the video – who knew that Shakira was that bendy?  It’s a bonkers song but we’ve always thought Shakira had a slightly Loca side.  Could she bring her howl to the Superbowl?  I certainly hope so.

With a global audience of billions watching, it’s only fair that they get to plug their latest release.  In Shakira’s case that’s Me Gusta (with Anuel AA) which is fresh out of the box in 2020.  It samples Inner Circle’s Sweat (A La La La La Long) from 1992 so there is something instantly familiar about the track.

The other possibilities:  Waka Waka was another global hit and certainly would get the crowd in the stadium going but as it was the anthem for another big sporting event, I think it might be on the subs bench alongside Dare (La La La) which could be a great party starter or perhaps Chantaje with Maluma which was a more recent latino smash.  Finally, if Beyonce doesn’t show up for Beautiful Liar, could we see Rihanna make a surprise appearance for their duet Can’t Remember To Forget You?  With R9 rumoured to finally be coming this year, could this be the perfect stage to remind the world that Rihanna is coming?

Cast your mind back to the late nineties and there was a sudden influx of latino pop with Ricky Martin and Enrique Iglesias bothering the charts. Jennifer Lopez emerged as their female counterpart albeit with a latino meets R&B pop sound. Although her debut If You Had My Love is arguably the bigger hit, I think that the dancier follow up Waiting For Tonight will be her nod to the start of her career at the halftime show.

Our second prediction is for her first UK Number 1 single and lead track from her second album; Love Don’t Cost A Thing.  There will no doubt be a dancebreakdown ala the video to boot!

Another UK Number 1, On The Floor, saw Jennifer team up with rapper Pitbull for the first of many collaborations and is an absolute dance anthem.  This track will set the stadium alight and surely Pitbull will be joining her for this?  In fact, he has also collaborated with Shakira on Get It Started and Rabiosa so could work nicely as a segueway.

Proving she’s still just a girl from the Bronx, 2002’s Jenny From The Block is one of her biggest anthems.  Co-written by Jennifer, the track is her way of saying despite all her fame she still knows her roots.  Perhaps if he does appear, Pitbull can hang around to cover The Lox rap?

Finally, like with Shakira above, JLo is well within her rights to push her more recent material and I’m going to guess at last year’s Medicine with it’s quirky horn hook and French Montana feature.

The other possibilities:  I wouldn’t be surprised if Play or Ain’t It Funny made an appearance although I do feel there are other older songs that would be considered bigger hits for an event like this.  Plus there’s her more laid back hits like I’m Real and Ain’t It Funny remix or perhaps her 2018 bilingual hit Dinero might get Cardi B and DJ Khaled on stage?

The Superbowl Half Time Show 2020 is happening Sunday 2nd February.