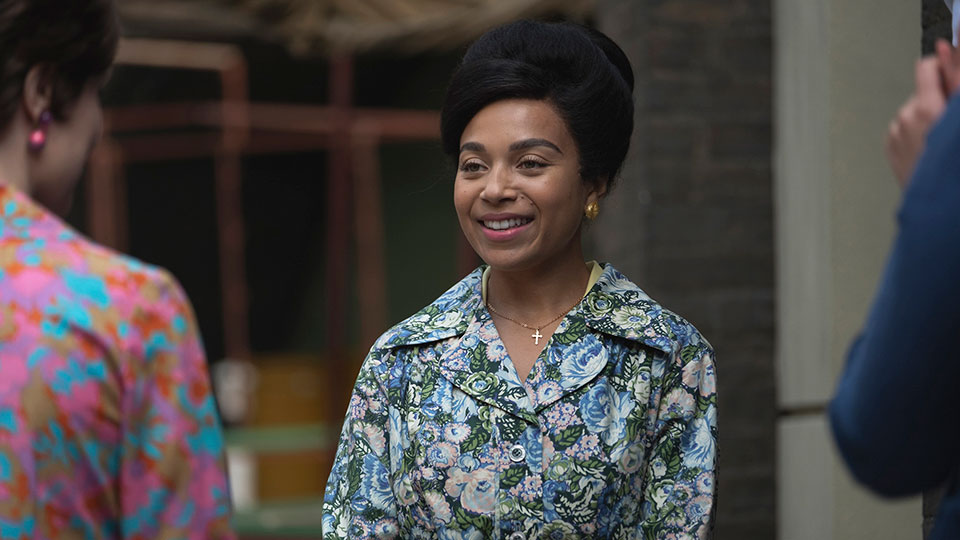 Call the Midwife continues this weekend as the ninth series reaches its fifth episode.

If you want to avoid spoilers for Call the Midwife, stop reading now.

In the fourth episode Sister Julienne (Jenny Agutter) volunteered to put up a group of trainee doctors at Nonnatus House in the fourth episode of the long-running drama. She oversaw them while they undertook the practical aspect of their obstetrics diploma.

Dr Turner (Stephen McGann) and Sister Julienne hoped the exercise would remind the council how vital Nonnatus House was to the community to help remove the threat of demolition.

Elsewhere on his CDC rounds, Fred (Cliff Parisi) came across a street marked for demolition, with one house clearly showing signs of life.

Grace spends her time caring for her husband, her elderly, ailing mother Minnie (Stephanie Fayerman), and her daughter Ingrid (Lottie Rice) who has a three year-old and is about to have another baby. Grace’s dismissiveness of Sister Frances leaves her feeling in the way.

Nurse Crane (Linda Bassett) and Sister Hilda (Fenella Woolgar) become involved with an anxious new father, Ronald (Karl Davies). Determined to be there for the actual birth of his first born, Ronald gets on Nurse Crane’s nerves during the delivery.

Meanwhile, Violet (Annabelle Apsion) is given two tickets to the new hit movie The Sound Of Music – but with Fred’s (Cliff Parisi) disinterest in the film, Violet decides to raffle them off, with all proceeds going to the incubator fund.

With Timothy (Max Macmillan) home for the summer holidays and the surgery as busy as ever, the Turners (Stephen McGann and Laura Main) feel the romance may be going out of their marriage. It’s up to Timothy, Angela (Alice Brown) and May (April Rae Hoang) to give their parents a night off – but they’re not sure how…

Call the Midwife continues at 8pm Sunday on BBC One. Preview the episode with our gallery below:

In this article:BBC, Call The Midwife