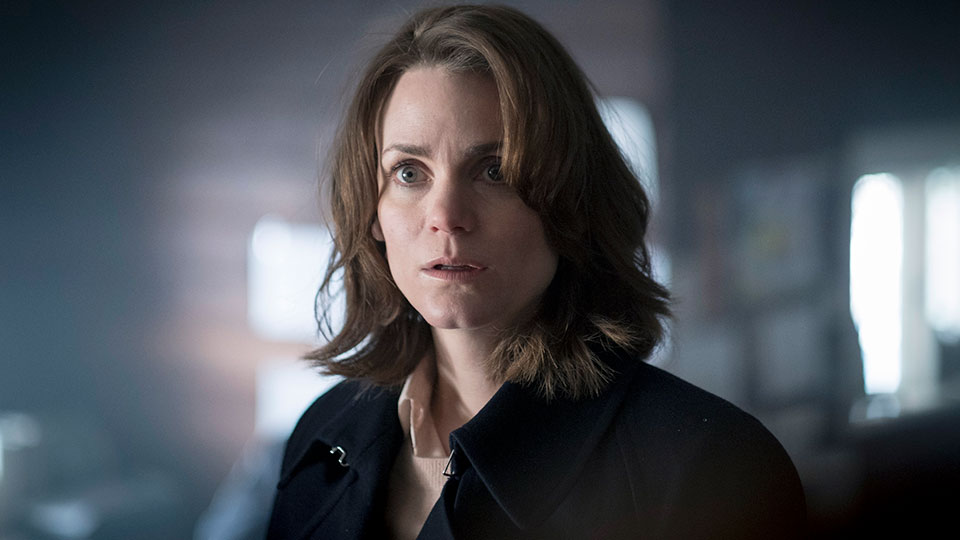 When I first rang Liv in Stockholm, I could hear lots of excitable children in the background – “I’m picking up the kids from school,” she shouts over the racket, “can you ring back?” Proof that even film stars have to do the School Run.

I call back 30 minutes later, and a relaxed and laughing Liv is happy to chat about Stockholm Requiem, the new Walter Presents crime drama. I ask her if she was aware of the novels by Kristina Ohlsson on which the show is based.

“Oh yes, I love them – they’re more deep than regular crime books.” And was Kristina involved in the production? “Yes, she was on set a couple of times watching us act; it was lovely to have her around. She’s a really nice person and she gave us her blessing. She was really open; I never felt like she wanted to change anything.” Liv is keen for the show to continue. “I’m hoping for a second season. There is at least one more book, so fingers crossed.”

I asked how it felt to watch the show back for the first time: “For me, it’s hard to watch myself. I always see the things I think I did wrong – but in this particular show, the camerawork was just fabulous. I’m always amazed at how they can do this on a relatively small budget – it’s not like a big money US show – but it looks so… luxurious.” She’s not wrong – the show has a richness and depth that makes it hugely enjoyable to watch.

Liv’s character, Fredrika Bergman, is a civilian criminologist who struggles to be accepted by her police colleagues. “It’s a great part and I really enjoyed the dark drama of the show.” It’s one of the best crime shows to come out of the Walter Presents stable in recent years; high praise, as the standard is always so consistently high.

Liv didn’t start as an actor – it was as a dancer that she first appeared on stage. “Oh, that’s a long time go,” she says. “But I always dreamed of becoming an actor.” I wondered if she’d ever been tempted to go back to dance, perhaps as a contestant on a reality dance show? “I was asked to be on the Swedish version of Dancing With Stars last year. I love to dance, but not in front of the camera. I couldn’t cope with the judging – I’d get so hurt by their comments.”

One of her first acting breaks came in the shape of Hotel Seger – a decidedly low-budget Swedish soap-opera that – I reminded her – was 20 years ago. “Oh my God, oh my God – it feels like 5 years! You know, I was kind of cocky in my younger years – I turned the part down at first. But they said they really wanted me, so I said okay. The show had no viewers – they kept on changing the time slot, but no-one tuned in.”

But from those humble beginnings, Liv started to forge a successful career in the theatre and on TV, culminating in Advokaten (The Lawyer) in 2018. That show quickly became a huge success in Scandinavia – it has been seen by more viewers than any other series on Viaplay’s platform in Sweden and Denmark. It also ranks among the highest of all original series on the Finnish Viplay platform.

“I was extremely happy when I got the part. I felt an instant chemistry with Alex (Alexander Karim) and I really enjoyed working him.”

But crime drama isn’t just where she’s at – Liv was also in the successful comedy film, All Inclusive: “It was about two sisters going on holiday with their mum to Croatia; the mum has just found out her husband has been cheating, so we’re trying to fix her and help her forget our father. It was super fun to make.”

Crime, comedy, soap operas – does she have a dream role? “I would you love to be in political drama. Or work with Ricky Gervais – he really makes me laugh.” But she’s less keen on going back to theatre: “It’s been a while since I’ve done any theatre. I had stage-fright a few years ago, so I focussed more on TV and film.”

You may see her name in some writing credits soon: “My big dream is to do my own project. I’ve hooked up with a well-known writer and we’re working on a political drama together. It’s based on a true story; I’m really excited about it.”

In the meantime, she has another comedy in the pipeline – Fullt Hus: “It’s based on a Canadian comedy series (Boomerang) about a couple who own a restaurant but are struggling to make ends meet; so to save money, they move into the wife’s parents’ house.”

As the interview draws to a close, I ask Liv what she’s enjoyed watching lately: “I saw Parasite (South Korean 2019 movie) – that was amazing. And The Morning Show with Jennifer Aniston and Reece Witherspoon. Jennifer is brilliant.”

The former Friends star might well be brilliant, but so is Liv Mjönes in Stockholm Requiem. I suspect this show might well become a prominent jewel in the Walter Presents crown for 2020 – it’s essential viewing for lovers of the genre.

Walter Presents: Stockholm Requiem is available on All 4 now.