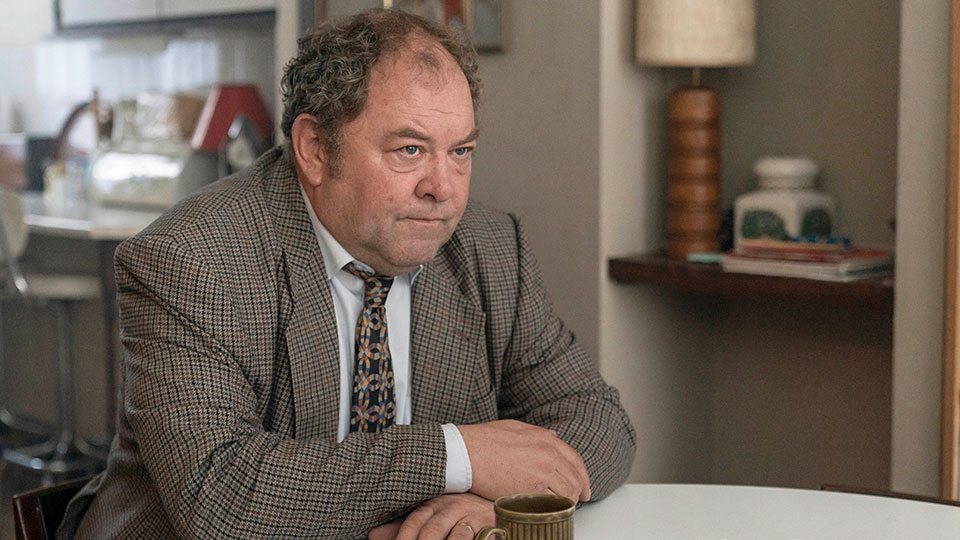 Two episodes of White House Farm have now aired on ITV and it’s got us hooked… how about you?

In the second episode Stan (Mark Addy) and Mick (Scott Reid) spoke to Jeremy (Freddie Fox) and relatives of the murdered family. They struggled to put together a conclusive picture of what had transpired the night of the murders and a devastated Colin Caffell (Mark Stanley), the father of the twins, wasn’t much help.

The post-mortem examinations didn’t help the investigation as they seemed to support the murder-suicide theory. Ann Eaton (Gemma Whelan) couldn’t believe that Sheila (Cressida Bonas) was responsible and she confided in her brother that she suspected Jeremy was involved.

They took their concerns to Taff (Stephen Graham) but were quickly, and angrily, dismissed.

After a vital discovery at White House Farm by the family, Stan and Mick feel closer to shoring up their own suspicions about Jeremy.

The arrival of a friend Brett from New Zealand increases tension between Jeremy and girlfriend Julie. Ann is growing ever more alarmed and suspicious of her cousin Jeremy’s behaviour, and his handling of the family estate.

As preparations for the inquest continue, Stan is concerned that if the bodies are released for cremation, evidence will be lost forever. He is in a race against time.

White House Farm continues at 9pm Wednesday on ITV. Preview it with our gallery below:

In this article:ITV, White House Farm