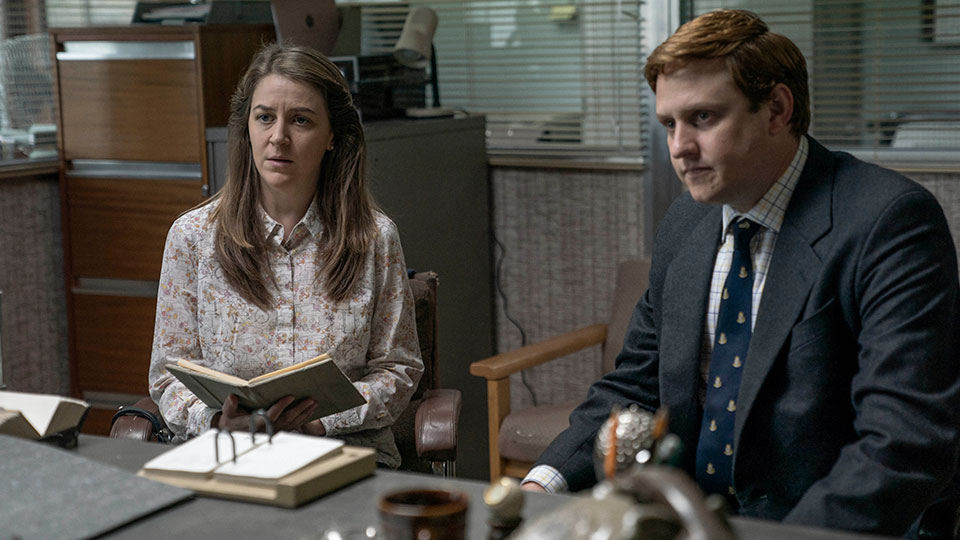 A clip has been released from tonight’s episode of White House Farm by ITV.

In the short clip Ann Eaton (Gemma Whelan) goes to the police station to tell DCI Taff Jones (Stephen Graham) that she doesn’t think Sheila Caffell was responsible for the murders at White House Farm.

Despite sharing her concerns, Ann doesn’t find a warm welcome from Taff who shouts her down angrily. Is there something in her theory or is Taff right to react the way he does?

For those catching up, White House Farm is based on the true story of the murder of five members of the same family. Initially it was believed that the mother, Sheila, was responsible for the murders but suspicion soon shifted to her brother Jeremy (Freddie Fox).