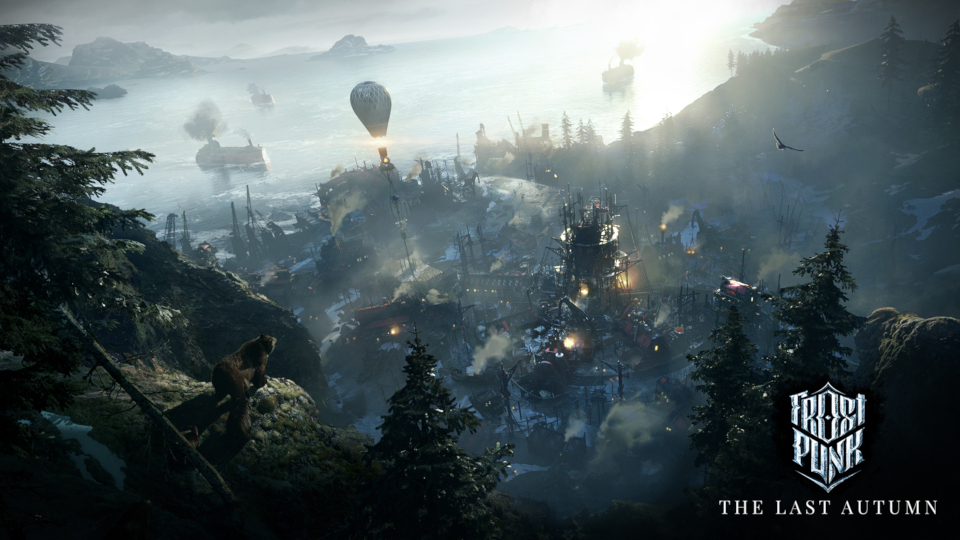 When Frospunk was released back in April 2018 it blew me away instantly. I loved (and still do) its bleak take on the city building/management genre and the way it forces you into making some of the toughest decisions I’ve ever had to make in a game.

You see, Frostpunk isn’t just about juggling resources and the demands of your people. It has all of that in spades it’s just that every time you make a decision there will always be a downside. For example, you can boost your workforce by making the children work too. This all sounds great until they start getting killed in accidents and as you would expect this doesn’t go down well and you’ll quickly find yourself expelled into the icy wilderness.

11 Bit Studios, the team behind the game, have created a masterpiece and have been quietly improving and updating the game since it was released. We’ve already seen new game modes, The Rifts expansion and now we have The Last Autumn which is due for release on PC on 21st January. We’ve had our hands on the beta version and wanted to give you a little taster of what to expect and will follow up with a full review.

As the Last Autumn is set before the ice age hits the world we get to play Frostpunk in a very different setting. It’s a really nice change from the bleak blacks and whites of the base game and it almost makes you feel hopeful like if only you can succeed perhaps the ice won’t come and kill everyone after all. Sadly we know this won’t be the case and this adds another kind of pressure. If I don’t get this job done then even more people are icicles.

The difficulty of The Last Autumn is described as hard and is aimed at experienced Frostpunk players. I can confirm that this is indeed the case and have been fired more times than I can count. There is the option of lowering the difficulty setting but I feel this removes too much of the pressure that makes the game great.

If you’ve already played Frostpunk and liked it then it’s a no brainer to recommend you get The Last Autumn when it’s released. There is also a discount currently available on the Frostpunk Season Pass on Steam which will get you access for all of the DLC both past and future.