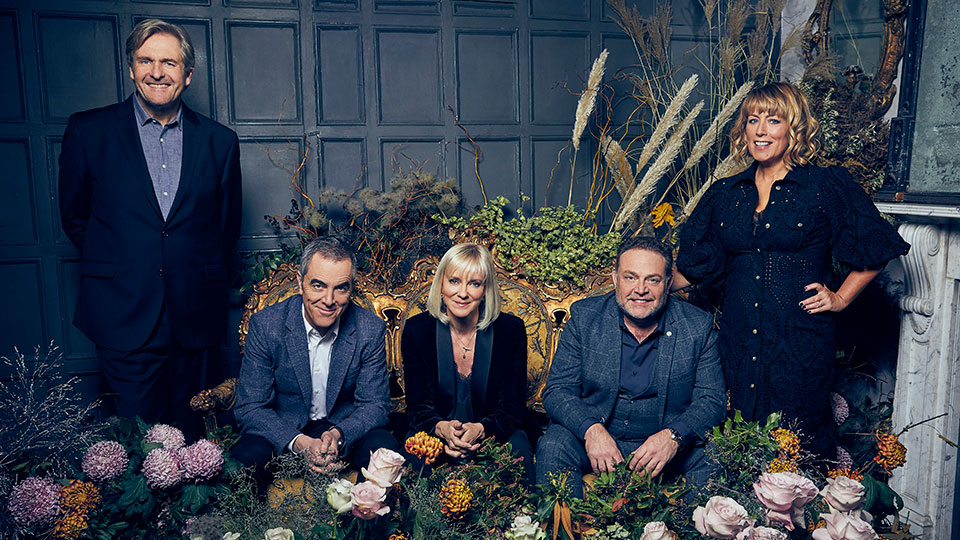 The season 9 premiere of Cold Feet began with Jenny (Fay Ripley) arriving back home with Pete (John Thomson) after completing her cancer treatment.

Jenny was tired and ready to put her feet up with a nice cup of tea, but Pete had arranged for the gang to come round for a surprise party. Before they arrived back Adam (James Nesbitt) and Karen (Hermione Norris) turned up separately but at exactly the same time. David (Robert Bathurst) let them inside but mostly ignored Adam.

Everyone tried to offer Jenny words of encouragement and she hoped that was the end of the cancer. Karen gave news of Ellie (Sylvie Briggs) and Olivia’s (Daisy Edgar-Jones) A Level results. Ellie was delighted with two C’s and a D while her sister was distraught at obtaining an A and two B’s. Adam interrupted with an awkward toast, welcoming Jenny “back to the land of the living”.

With Jenny tired she thanked everyone for their support and they left soon after, but not before David took issue with Adam again over an innocent joke. Pete ran Jenny a bath and there was an emotional moment where we saw the effects of Jenny’s treatment. What looked to be her normal hair was a wig with thin grey hair below. As she removed her makeup most of her eyebrows also disappeared as they had been drawn on to cover up the missing hairs.

The next day, Adam was working at home but went into the office after receiving a worrying email. It turned out that he had been suspended for inappropriate behaviour. To make things worse they wouldn’t tell him what he was accused of until the investigation was complete.

Elsewhere in the episode, Adam decided to rent his house out which upset Matt (Ceallach Spellman). Instead he decided they would move in with Karen.

To try and get David to accept Adam and Karen’s relationship, Jenny invited David out and suggested he bring Mary (Michelle Holmes). What she didn’t tell him was that the night out was the pub quiz and Adam and Karen would be there too.

At the quiz, David and Adam tried to outdo each other. At the end of the quiz their team was tied with another which led to a tie-break. Mary suggested an answer which David supported, while Adam had a different answer. They eventually went with Adam’s choice and it was wrong. Outside, the pair got into a bit of a scrap, ended up on the floor and David hit Adam.

At the end of the episode, Mary asked David to be her business partner at the cafe. Karen and Adam were enjoying the house to themselves when Matt and the girls came back. Olivia had decided to go back to school to improve her grades, while Ellie decided to take a gap year. It looks like they’ll all be living together.

Can’t wait for the next episode? Read our Cold Feet series 9 episode 2 preview.