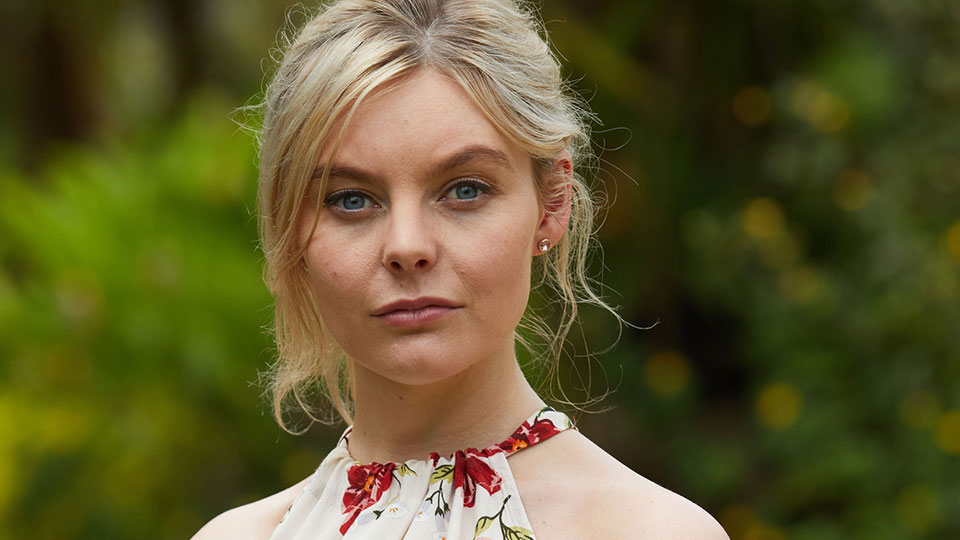 Death in Paradise returns to BBC One tonight for its ninth series.

One of the channel’s most popular shows, Death in Paradise is due to undergo some changes this series as Ardal O’Hanlon bows out as D.I. Jack Mooney and Ralf Little (The Royle Family) steps in as the lead.

Tonight’s opening episode sees the team investing attacks on siblings and guest star Nell Hudson, who plays Tabitha Brown, is among the suspects. Tabitha works for Aaron McCormack (Elliot Cowan), whose wife is one of the victims.

Explaining her character’s relationship to Aaron, Nell says, “Tabitha is a young woman, recently graduated from university and is working for a travel company in paradise and she’s quite a cool, laidback cat. She doesn’t take life too seriously. Aaron is obviously her boss and over the course of their working relationship they probably had some office flirtation…”

With the revelation that Tabitha and Aaron have likely been flirty, what is the character’s relationship with Aaron’s wife Vanessa like?

“Her relationship with Vanessa is polite, professional but probably quite aloof.”

Discussing the longevity of Death in Paradise, Nell shares her take on the series’ appeal.

“It’s always so fresh. Each episode is its entire own story, like it is its own film or something! It’s pure escapist entertainment and people love to switch on the telly and be in a nice, sunny world – all be it a lethal one – and imagine they’re somewhere else for an hour.”

Was it a hard choice to decide to uproot to the Caribbean for a while to film?

“It was a bit of a no brainer really, obviously you get to go and film in the Caribbean and I have a few friends who have done the show as guest characters and said they had the best time on it and that’s it really. You pick the jobs that you know you’ll have a great time on where the character excites you and it ticked all the boxes.”

Death in Paradise returns to BBC One tonight at 9pm.

Advertisement. Scroll to continue reading.
In this article:BBC One, Death in Paradise, Nell Hudson