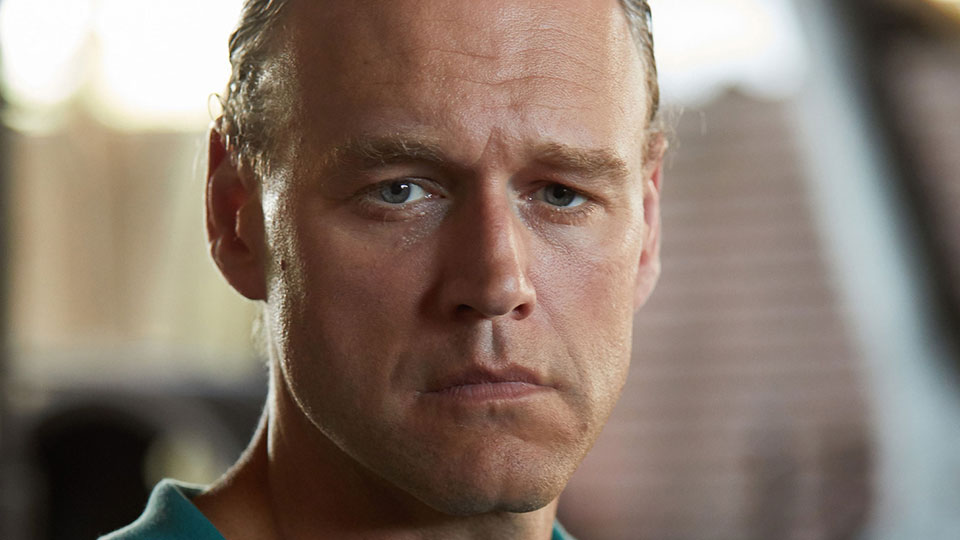 Death in Paradise returns for a ninth series tomorrow night (Thursday 9th January 2020) and it will be the final series for lead actor Ardal O’Hanlon.

Before he bows out, his character – DI Jack Mooney – has plenty more murders to solve and during the series he will pass the baton over to a new inspector, played by The Royle Family’s Ralf Little.

In the first episode of series 9, Aaron McCormack (Elliot Cowan) and his wife Vanessa (Amanda Hale) are set to enjoy an evening of festivities at Aaron’s company Cariba Airways, alongside his employees, including Aaron’s assistant Tabatha (Nell Hudson). After Aaron heads to the party alone, Vanessa is found stabbed and it’s up to Jack and his team to solve the case.

Teasing his character, Elliot reveals, “Aaron is an airline company owner, which is something I didn’t know much about. He was snubbed by his father’s choice of who the family-run business should go to but decided to defy expectations and do something on his own, which was even more successful. He’s an alpha-male even though he’s the younger brother, and he is pretty successful, smooth, sharp and slightly ostentatious with that. He has a beautiful young wife, Vanessa, who likes the fact that he’s an owner of a business, but she begins to feel a bit shut out. They’re living the high-life really, in a small beautiful-island way.”

Should viewers suspect that Aaron may be the person behind his wife’s stabbing? Elliot discusses Aaron’s unusual reaction commenting, “I have to say that he wasn’t the most shaken up, especially for a man who loses his loved one. I think before anything gets too emotional he’s suffering from shock but then there are revelations which explain why he might not be quite so cut up.”

With an array of suspects for Jack, and viewers, to select from, Elliot is confident that it won’t be easy to identify the killer.

“I think it will go back and forth. I think they’ll change their mind or find they get it wrong. I think there are enough red herrings just keep them guessing.”

You’ll have to tune in to the series 9 premiere of Death in Paradise at 9pm tomorrow on BBC One to see if you can correctly guess the killer.

Advertisement. Scroll to continue reading.
In this article:BBC One, Death in Paradise, Elliot Cowan