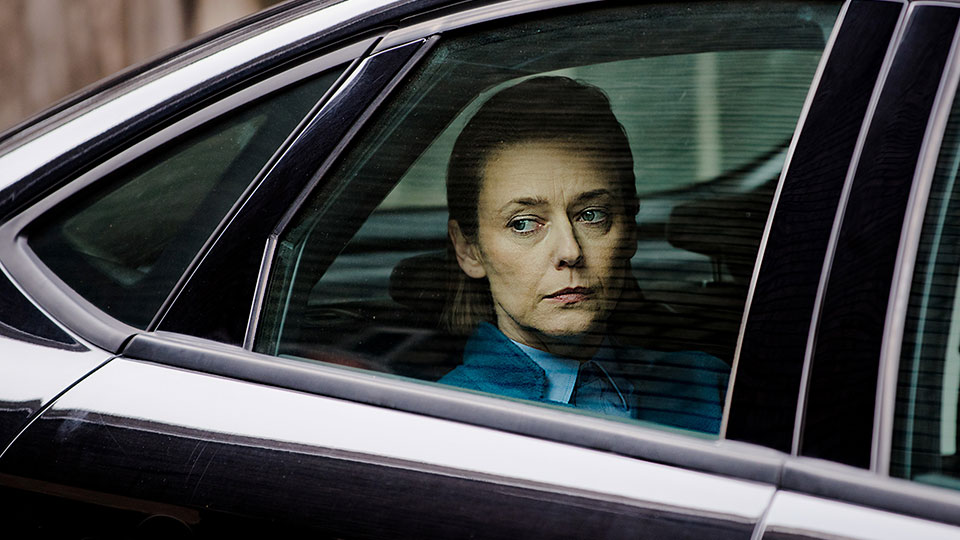 The first word that came to me whilst watching this dark Polish thriller was “brooding”. It has an undercurrent of menace and threat throughout the opening episodes. It’s very Nordic Noir in its approach – so if you enjoy dark crime dramas from our Scandinavian friends (and who doesn’t?), this should be right up your blood-stained street.

If you want to avoid spoilers for Pakt, stop reading now.

The main character in Pakt is Piotr – an investigative journalist who receives anonymous information about fraudulent activity at an energy company, the Hydro Foundation. The mole who is leaking the sensitive information is pushing Piotr to publish the exposé; but his editor is worried that doing so might result in a lawsuit. When they receive further evidence in the form of bank statements, they go ahead and publish the story, but with fatal repercussions for Piotr’s family.

The narrative then jumps forward ten months. Piotr is summoned to a lawyer’s office to hear the last will and testament of his late brother. He and his sister-in-law are given an envelope with location coordinates inside and told to be there on a specific date and time. They drive to the remote location and witness an apparent violent suicide that seems to have links back to the exposé nearly a year previously.

The story, whilst purely fictional, is based on a series of revelations in Poland and elsewhere in Easter Europe during the late 1980s that focussed on individuals who got extremely wealthy after the collapse of communism – not all of them entirely legally.

The show is shot beautifully, with particularly skilful use of drones to give us aerial views of the bleak urban landscape. There’s one particular scene following his brother’s funeral where Piotr’s the last to leave the car park. The overhead camera shows his car pulling away, leaving a dry silhouette of the vehicle on the wet ground. Simple, but wonderfully evocative and effective camerawork. And special mention of the background music too – a sombre, ethereal soundtrack by Polish composer, Łukasz Targosz, that perfectly represents the gritty nature of the series.

Piotr is played Marcin Dorocinski, whose acting career includes roles alongside David Tennant in Spies Of Warsaw, with Olivia Coleman in the Channel 4 mini-series, Run, and opposite Patrick Wilson in the film Jack Strong. He’s superb as the ambitious journalist whose life is turned upside-down by the story he exposes. Also worthy of mentioning is the performance of Marta Nieradkiewicz as the paranoid anti-corruption police officer, Weronika Zawadzka, whose report into the corruption at the company is leaked to the press.

Walter Presents have given us two series (just six episodes in each) to get our teeth into, and on the evidence of the first couple of episodes, it’s going to be well worth watching.

Walter Presents brings the first two series of Pakt to All 4 from 10th January 2020.

Advertisement. Scroll to continue reading.
In this article:Pakt, Walter Presents