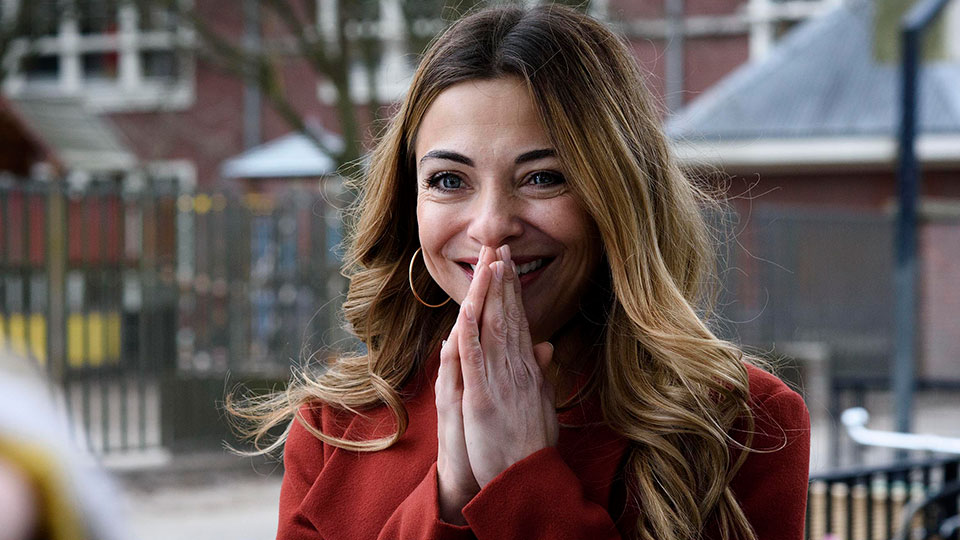 Recent times has seen Walter Presents diversify away from the traditional crime dramas that made it such a must-watch venture. Not that there has been any drop in quality or watchability – indeed, it’s a positive move that they’re mixing it up a bit. But with The Blood Pact, Walter’s on more traditional terra firma – good old-fashioned, well-written crime-drama.

If you want to avoid all spoilers for The Blood Pact, stop reading now.

The Blood Pact (known as Klem in the Netherlands) centres around two families from the same town who are drawn together by the friendship of two young girls. On the right side of the law are the Warmonds. Hugo Warmond is a widower – a hard-working and ambitious tax-advisor with two daughters, Lautja and Suus. The character of Hugo is played by Barry Atsma, who many will recognise from the Bad Banks series and The Hitman’s Bodyguard movie. Hugo is a highly conservative, conscientious man who always strives to do the right thing.

On the wrong side of the law is Marius Milner. Just released from an eight-year prison sentence, Marius (Jacob Derwig – who won Best Actor at the Netherlands Film Festival for the role) lives with his partner, Kitty (Georgina Verbaan), and their daughter Chrissie. Hugo is alarmed when he realises that his youngest daughter’s best friend is Chrissie – daughter of a convicted murderer – and decides that this is not the sort of company his daughter should be keeping.

When a known associate of Milner’s is assassinated outside a restaurant, the police immediately suspect the ex-con of his murder and continued involvement in criminal activity. They’re not entirely wrong in their suspicions, because Milner still owes money to some bad people; people who will hesitate at nothing, threatening him and his family in the process.

There’s nothing ground-breaking about the show, but it’s got a good pace to it, it’s well-acted and nicely written. The idea of a straight tax-advisor partnering up with a convicted killer – their “Odd Couple” partnership as a result of their kids’ friendship – is an intriguing one. It’ll be interesting to see how the plot develops as their relationship builds and the full extent of Marius’ criminality is understood. How far will Hugo go to protect his family? The show is already on its second season in Holland where it’s been very well received.

The Dutch are producing some excellent dramas in recent times – The Swingers and The Adulterer both spring to mind – and I think you can safely add The Blood Pact to that list.

Walter Presents: The Blood Pact airs at 11.30pm on Channel 4 tonight (Sunday 15th December 2019). The full boxset will be available on All 4 following the first episode premiere.