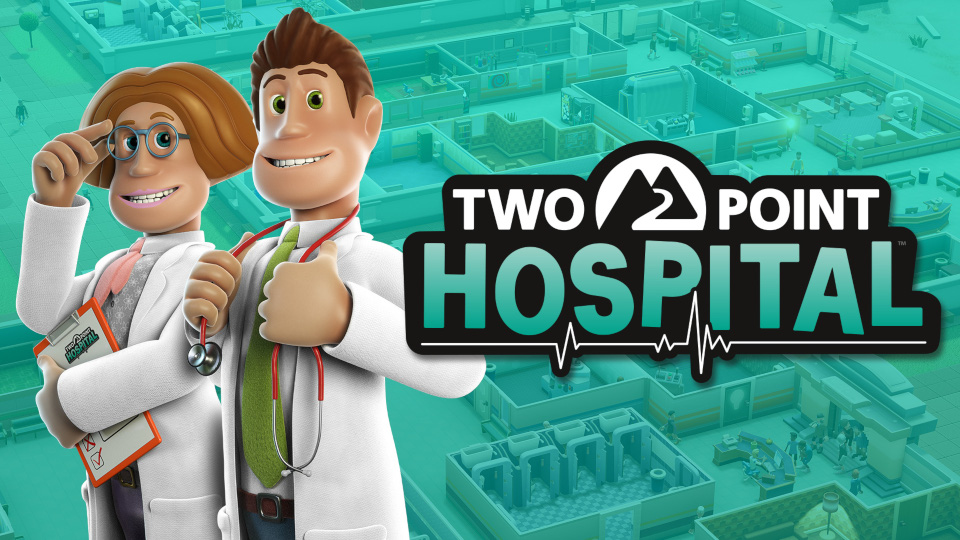 Two Point Hospital was released on PC in August 2018 and has gone on to receive both critical and public acclaim alike. On Steam it has received over 9000 user reviews and has a very positive overall score. If you want more information on the PC version check out our Two Point Hospital review.

Soon, console gamers will also have the chance to get their hands on this spiritual successor to Theme Hospital. Two Point Hospital will be released on Xbox One, PS4 and Nintendo Switch on 25th February 2020. You can pre-order a digital copy for Xbox One and PS4 now, preorders for Nintendo Switch will be available at a later date.

The aim of Two Point Hospital is to build your epic healthcare empire in the atypical world of Two Point County, by customising your hospitals, researching (119!) unusual illnesses, curing patients and training staff.

At launch, Two Point Hospital on consoles comes with the first two critically acclaimed expansions ‘Bigfoot’ and ‘Pebberley Island’, which gives players a total of 21 regions to explore. To ensure the best gameplay experience across all platforms, Two Point Studios have rebuilt the PC control scheme for console gaming which guarantees smooth play for both on the go and on the couch gaming.

View some Xbox One screenshots in our gallery below: