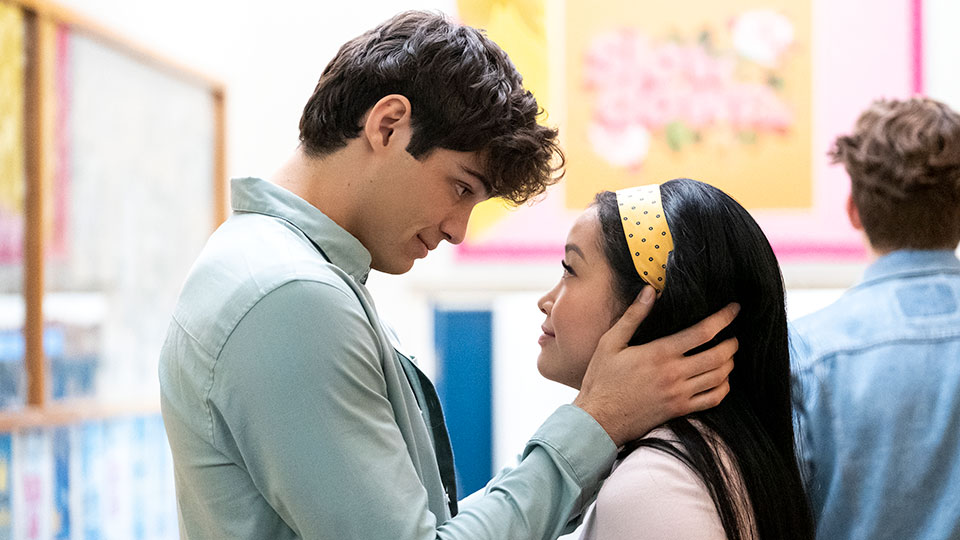 A series of first-look images have been released for upcoming Netflix sequel To All The Boys: P.S. I Still Love You.

It’s a new year and Lara Jean (Lana Condor) and Peter (Noah Centineo) are no longer pretending to be a couple. They ARE a couple. And, as Lara Jean navigates a trove of official firsts with Peter — her first real kiss, her first real date, her first Valentine’s Day — she finds herself leaning more on Kitty and Margot (Anna Cathcart and Janel Parrish), Chris (Madeleine Arthur), and an unexpected new confidant, Stormy (Holland Taylor), to help her manage the complex emotions that come with this new chapter of balancing a relationship and figuring out her authentic self.

But when John Ambrose (Jordan Fisher), another recipient of one of Lara Jean’s old love letters, enters her life again she must rely on herself more than ever as she’s confronted with her first real dilemma: Can a girl be in love with two boys at once?

The film is based on the #1 New York Times best-selling YA romance novel, P.S. I Still Love You by Jenny Han. It is directed by Michael Fimognari, written by Sofia Alvarez and J. Mills Goodloe, and produced by Matt Kaplan.

Find out more about To All The Boys: P.S. I Still Love You at http://www.netflix.com/toalltheboyspsistillloveyou.

In this article:Netflix, To All The Boys: P.S. I Still Love You