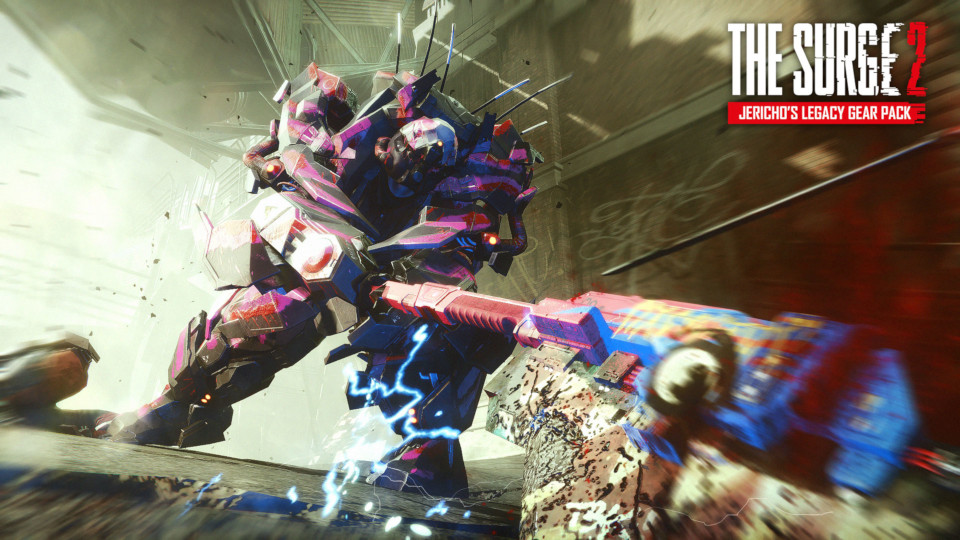 The Surge 2, the hardcore Action-RPG from Deck 13 and Focus Home Interactive, continues to get bigger and better with the release of the Jericho’s Legacy Gear Pack which is available now on PlayStation 4, Xbox One, and PC. This brings three brand new gear sets to the game and is available both standalone and as part of the Season Pass.

This is the second major release as part of The Surge 2 Season Pass, with a massive story DLC yet to come. Jericho’s Legacy includes the BEAST Tank Buster for pushing back enemies, the Kyoko Hacker Suit, giving extra range to horizontal attacks, and the Jericho Firetails Mascot, which encourages a block-and-attack playstyle.

Next year there are plans to release a whole new storyline complete with new enemies and bosses. This Kraken expansion will be set onboard a repurposed aircraft carrier and will provide a whole new environment to explore.

If you’ve yet to play The Surge 2 check out our PC review to see what we thought.

The Kraken expansion is due to be released in January 2020.

To stay fully up to date with all things The Surge 2, visit the official The Surge website.

In this article:Deck 13, Focus Home Interactive, PC, PS4, The Surge 2, Xbox One