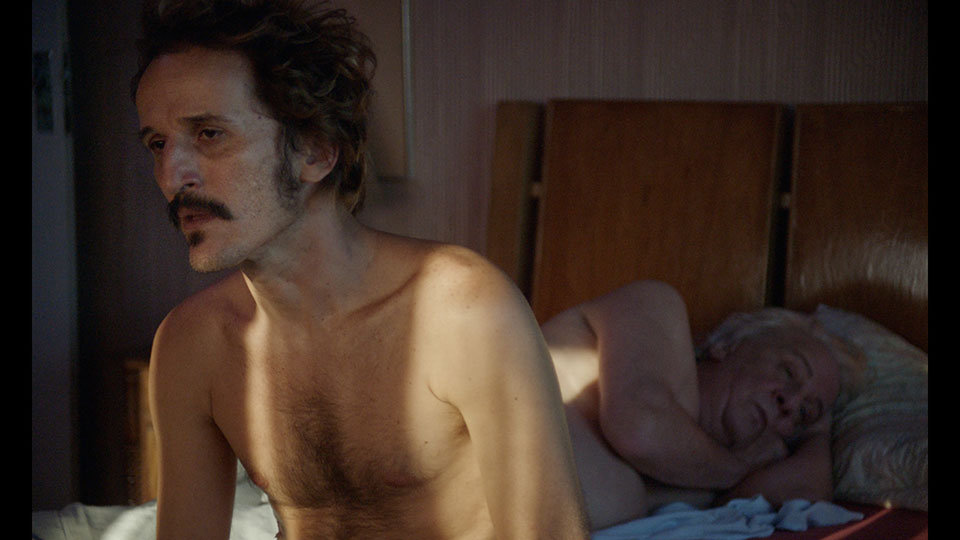 70-year-old gay nurse Pedro (Marco Nanini) works on a hospital ward where his bedside manner often crosses boundaries as he cares for his patients. When his transgender friend Daniela (Denise Weinberg) becomes sick, Pedro decides to house arrested and wounded criminal Jean (Demick Lopes) in his house so he can give the vacant bed to Daniela. What follows is a tempestuous affair that pushes Pedro to confront areas of his life that he’s tried to ignore for too long.

Greta is from Brazilian director Armando Praça and it deals with the central theme of loneliness. Pedro is insistent that he’s happy enough on his own but his tendency to engage in one-off sexual encounters with strangers, most of which are much younger men, suggests differently. On the ward he works in, he seeks to form relationships with the patients that rely on them, giving them sexual favours as they recover. Pedro is surprised that the patients he engages in sexual acts with don’t want to continue them into the real world once they are able to return to their lives.

As much as the film is an exploration of loneliness, most specifically Pedro’s, it also raises questions about his abuse of power. He’s a nurse who should be caring for and protecting his patients, but instead he takes advantage of them for his own gain. That dynamic shifts when he meets Jean who is seriously wounded and has been arrested for murder. Pedro throws caution to the wind, giving in to a fantasy of being in a relationship with Jean convincing himself that it’s to save his dying friend. There’s a partial truth to that but Pedro also sees an opportunity to fill a void in his life whereas Jean sees it as a means to get by until he recovers.

The story gets a little muddled at times. The relationship between Pedro and Jean steals all of the spotlight while Daniela is pushed to one side and almost forgotten about at times. That makes for an uneven watch as the film essentially drops its central premise in order to explore the sexual relationship that burgeons between Pedro and Jean. While we get a fairly good sense of who Pedro is as a person, we don’t really every uncover the other characters leaving them a little flat.

Marco Nanini is the standout performer here. He frequently communicates Pedro’s pain just through his movement and expressions. The less-is-more approach definitely works here for him and you do care about Pedro to an extent. That doesn’t excuse his behaviour though and I had a little bit of a difficult time reconciling his actions with his true self.

Greta is certainly an interesting film but it’s one that lacks focus. The central premise is a vehicle to engineer a relationship between Pedro and Jean, and there’s a big question mark over how believable what transpires actually is. There are some nice moments throughout the film but there are also some lengthy scenes that add nothing to the narrative other than spectacle. There’s a good story at the heart of the film but it sometimes gets lost in the mix, and that’s a shame.