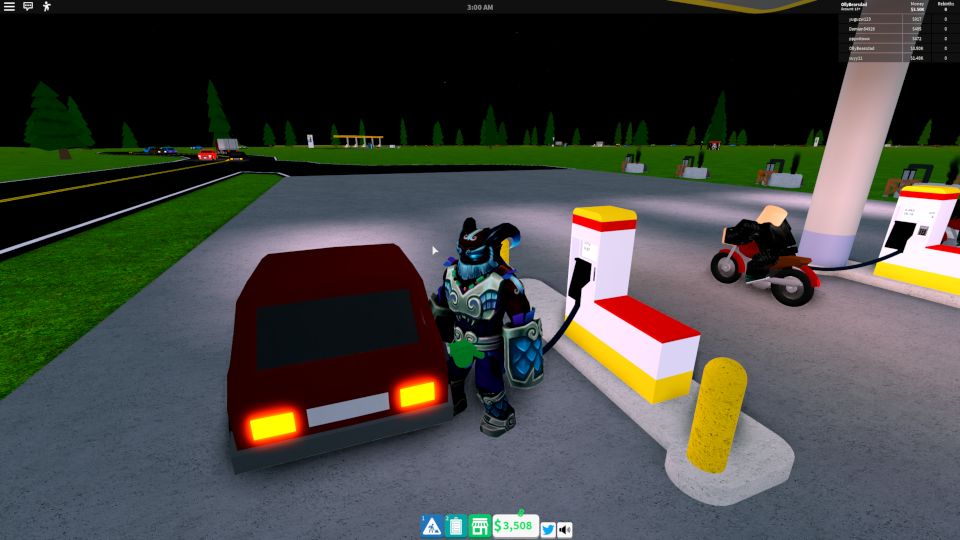 Greetings fellow Roblox fans! Here we are again with the weekly roundup of our three favourite games we’ve been playing on Roblox over the last week. As ever these aren’t necessarily new games but are games that have captured our imagination this week.

As is the usual we have three rather different games for you to check out and in this weeks selection, you’ll be able to run your own petrol station, fly planes and build boats as you take to the sea.

First up this week we have Gas Station Simulator by Just For Fun. As the name suggests, your role is to build and run your very own gas, or to say it properly, petrol station. You start off with just one pump and one type of fuel and have to do everything by hand.

As the money starts rolling in you’ll be able to expand your station, employ staff to do the dirty work and offer various fuel types. It’s not especially challenging but is fun nonetheless and I did find manning the pumps myself quite therapeutic.

This is quite an ambitious game and does a pretty decent job of realising its aims. It could do with a bit of tweaking but my 6-year-old son and I have spent many enjoyable hours zooming across the skies.

Finally, we have Whatever Floats Your Boat by Quenty. This is my favourite game from this week’s list and although I’m still terrible at it I’ve enjoyed learning to get better. The premise is simple, you have 2 minutes to build or upgrade your boat before a  flood hits the area. Once the flood hits you then enter into combat for a further 2 minutes with the other players in the game.

This process simply repeats over and over. I found the pressure of trying to get my boat in order before the flood very frantic and my first creations were embarrassing if I’m honest. Some of the creations from some of the clearly much more experienced players in my games were incredible and the stuff you can unlock as you level up offers lots of options for customisation.

That’s it for this week folks, hopefully, you like our selection and be sure to look back next week for more recommendations.