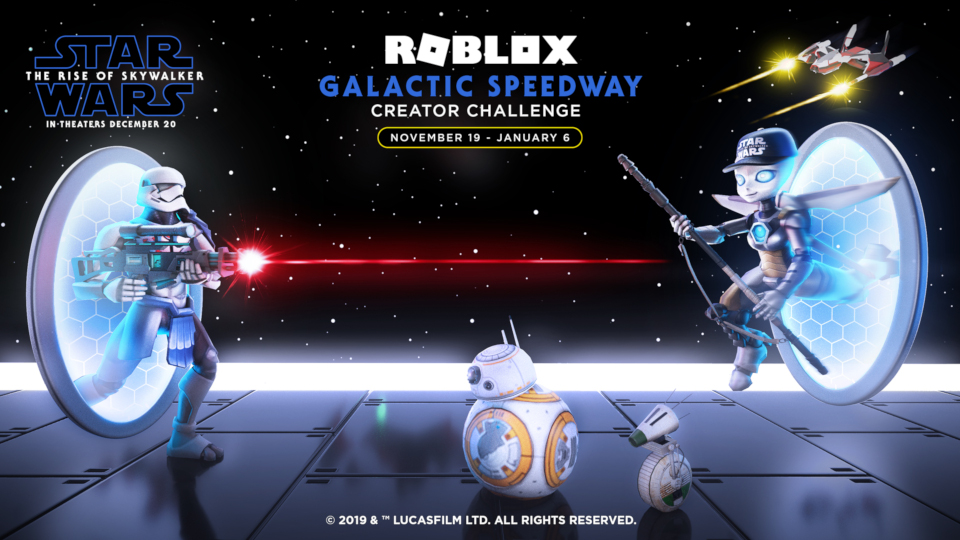 Fellow Roblox fans, have we got some news for you!? It has just been announced that Roblox is teaming up with Disney for some Star Wars themed fun. This collaboration is in support of the upcoming Star Wars: Rise of Skywalker movie which is due to be released in December 2019.

Players will be able to take part in the Galactic Speedway Creator Challenge and will be able to unlock limited edition items including a Stormtrooper Helmet, Rey’s Staff, and BB-8.

The Galactic Speedway Creator Challenge is the latest in Roblox’s efforts to teach coding and game design by unlocking the imagination of creators. Participants must complete a series of lessons providing the necessary tools to not only design and build their very own driftspeeder, but also to race head-to-head against other players.

“Star Wars has inspired generations of fans of all ages with its compelling narrative, expansive universe, and iconic characters, and we’re proud to bring a piece of that to Roblox’s millions of users,” said Craig Donato, Chief Business Officer at Roblox. “Our collaboration with Disney is all about unlocking your imagination, empowering anyone to create their own immersive worlds, and simply having fun while learning the fundamentals of coding and game design in the process.”

In addition, Roblox will also make Kylo Ren’s Reforged Helmet available to everyone on the Roblox platform for free, separate from the items awarded for completing each lesson.