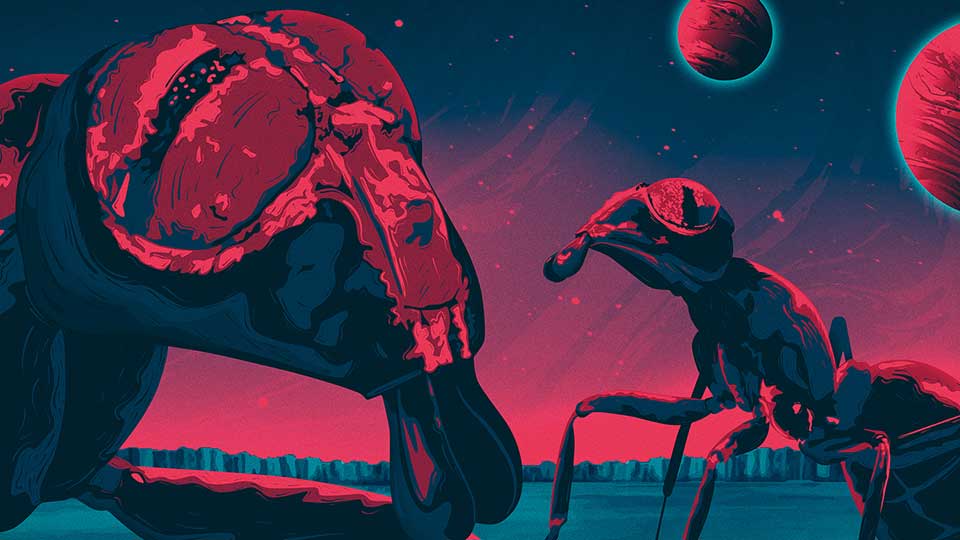 The Web Planet by Bill Strutton, which came in the second season of Doctor Who, is generally considered one of the first weird and wonderful stories. It features the early talents of Martin Jarvis and Hywel Bennett.

Presented across 3 x heavyweight 180g pieces of pink vinyl, this narrated TV soundtrack evokes a classic Doctor Who adventure in all its aural magnificence.

Linking narration is provided by Maureen O’Brien. Accompanying the vinyl LPs are full episode billings, cast and credits, and eight illustrated panels form a superb artwork montage. This is a first-time audio release for this very special adventure.

In this article:Demon Music Group, Doctor Who, The Web Planet, William Hartnell