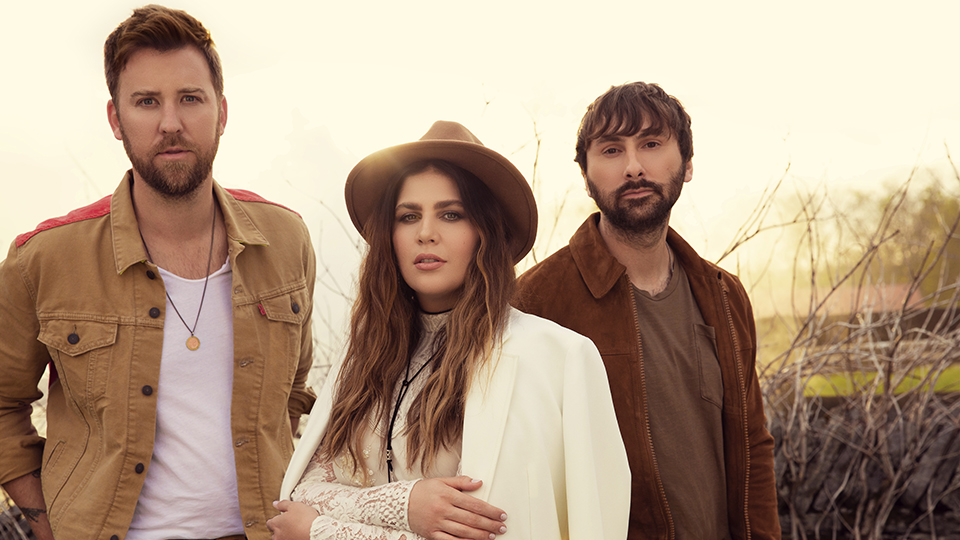 Lady Antebellum is the most recognisable and popular band in Country music responsible for helping Country music achieve a global breakthrough.

Since the release of their 2017 album Heart Break, Lady Antebellum – Charles Kelley, Hillary Scott and Dave Haywood – left their long-time label home and signed a new deal with Big Machine Records. Following an incredible headline performance at C2C: Country to Country back in March, where the trio debuted new songs, the band is back with new album Ocean.

I spoke to band member Charles Kelley recently to talk about the band’s fantastic C2C performance, dig into the personal themes of Ocean, and discuss collaborating with Little Big Town.

We last saw you guys over here in March when you headlined C2C and you absolutely smashed it. What was that experience like for you?

The reception that we get over there just feels so overwhelming. Need You Now really opened up those doors but for us to still eight years later having such big crowds keep coming out to C2C… when we first started and started touring over there, there was nothing like C2C. To be a part of bringing some of these American country musicians over there is a humbling thing. It’s a pretty cool experience.

You guys can take some credit for the growth of country music across the world. You’ve worked really hard at in, particularly here in the UK. Why is the UK so special for you?

Your new album Ocean is coming out. I’ve had it for a little while now and I genuinely think this is the best record you’ve ever done. It’s got the classic Lady A magic but you go into new territory lyrically. Tell me a bit about the process of putting this record together…

It’s definitely a way more vulnerable record. I will speak personally that I’ve really gone through a lot of life changes it seems like in the past few years. I really was having to assess myself and look at who I wanted to become. I think having a kid really does that to you. I was really struggling with connecting to my spirituality and I was drinking too much, all kinds of stuff, and I just kind of got to the point where I knew I needed to rein it back in. Be Patient With My Love, that was the first song after I wrote it that I sent to Hillary and Dave. They were like, ‘OK, this is real. We need to start trying to really even be more honest for all the rest of the songs we picked for this record’. Shortly after that Hillary wrote Let It Be Love. Then we found songs like Ocean. Ocean is a song that said it better than we could. I always love when we find a song that we wish we had written and Ocean was one of those. Thematically the whole record is about owning where you are and being vulnerable and a little bit more of an open book. I think for the past few records maybe we weren’t as honest as we could have been.

I saw the live stream you did to announce the record where you performed Ocean and you commented that Hillary’s vocal is unlike anything she’s done before. That’s so true. It’s so raw, emotional and powerful…

Yes. She actually had to stop two times during that song because she started crying and feeling it so much. She’s such a happy person. It’s funny we’re definitely really happy people in general but we love sad songs (laughs). The truth is, we have been going through a lot of life changes and things. Within the band dynamics, I think we got so caught up in our family life that we forgot for a while to have conversation just between the three of us about what we wanted out of this career and where we wanted to go. I think finally, we’re owning all our our shit so to speak (laughs) and really I think because of that we were able to make some of the most honest music that we’ve ever made. Fans can hear that usually when you’re being authentic and when you’re just singing a song because it sounds like a hit. I think we’ve definitely been guilty in the past of just doing something because we wanted to stay on the radio. Now we’re getting to this point in our life where we’re like, ‘let’s just make the record that we want to and we’ll be proud of in 20/25 years’.

You touched upon Be Patient With My Love earlier. I remember you debuting it at C2C and you could have heard a pin drop in The O2. It’s such a powerful and emotional song, and for that’s the centre point of this new record. Can you tell me a little bit more about that song?

I wrote it with this Dave Barnes and Ben West. We were in Nashville and we started out trying to chase some happy, boppy sounding song that we thought would be a hit. We got done with it and I just looked at the guys and said, ‘this is good but does it really make you feel something?’ Then all of a sudden we got done with it really quick, probably an hour and a half or two. Dave started strumming the acoustic and I said, ‘let’s write something that means more’. He started strumming and those first few lines just kind of came out – ‘might have done it this time, might have drank too much wine’ – and I think I’d had that experience the night before where I’d gotten a little too drunk and said some things to my wife that I didn’t mean.

All of a sudden, it just kind of poured out. It made me start writing for the rest of the record that same way. Crazy Love is about my life. I’m really hard to deal with sometimes. I’m like either the most fun, happiest go-lucky person in the world or I can just completely shut down. We all have these people that are put in our lives for a reason and Kathy, my wife, is one of those that really is the only person that can put me back on the rails and understand where I’m coming from.

The same thing with Dave and Hillary. I look at what this song is about and I’m like, ‘thank God they never gave up on me’. They’re two very spiritual people. I think where a lot of bands can breakup is not having those conversations, and they were the two people that sat me down. They were like, ‘hey man we’re really worried about you right now. We’re little concerned about where you’re at’ and they encouraged me to rein all that in. When I think about those songs, again we wouldn’t have been in a place to have said that before, and we’ve also had enough life experiences now. We’ve got kids and all these little things that we’ve been struggling with are bubbling up to the surface over the past 13 years as the band. I’m just proud of us for really just owning it and talking through it all, and creating some great music out of it. Sometimes there’s so much beauty that can come out of these struggles.

One of the other highlights on this record for me is The Thing That Wrecks You with Little Big Town. It’s like the supergroup I never knew I needed. How did that collaboration come about?

We’ve been friends with them forever. They’re such amazing artists. They’re definitely the go to artists for when someone wants a feature because they’re just so incredibly talented. We’ve been friends our whole career and we actually go down to the same beach area together so we’re always sitting there hanging out. I just never let it go, for years I was like, ‘when are we going to work together? When are we going to do something?’ I think sometimes the fans think we’re competitive but there’s room for everybody. We’re not really that competitive. If anything, even when they make a great song, it just pushes to want to make a great song too.

We finished the song, The Thing That Wrecks You, and I was talking to Dave and Hillary and I said, ‘man, wouldn’t this sound so cool with a sea of voices, especially the outro and just make this big choir moment’. I sent it over to them and they all were’ like, ‘we’re in’. We finally just found the perfect time. It was really cool to watch their process. We put each of them in a booth facing each other and it took them no time to work out all their parts. They knew exactly whose voice needed to go where and it was just really cool to see their process. They are true pros.

Do you have any plans to come back to the UK and tour this record?

We are about to announce a tour for next year in the States, and I believe, I don’t want to speak too early, but I think that the plan is to hopefully after that gets done find the time to come back to the UK. We want to leave people kinda missing us and want us to come back. Hillary’s got two little twin girls so we’re really trying to be respectful to the amount of time that she’s on the road and away from her newborn kids. We’re definitely going to get back there sooner than later. I love touring over there because we can pull out songs that we don’t necessarily do in the States and it always feels like a little more of an artistic show when we come over there. When we finally got all the plans together, you guys will be the first to know.

Lady Antebellum’s new album Ocean is released on Friday 15th November and it’s available to pre-order now. Watch the video for the title track below: