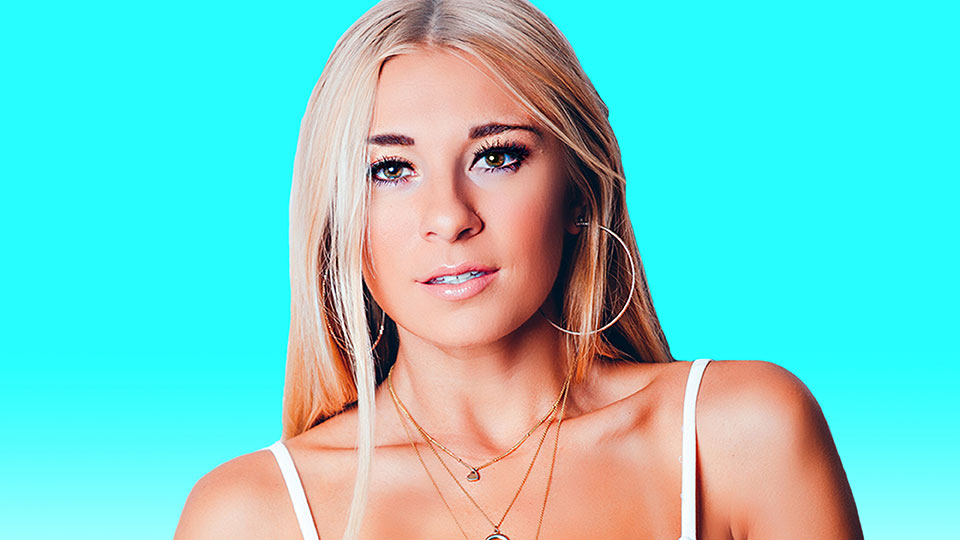 Singer-songwriter Julia Cole is garnering plenty of buzz around her music and she’s currently in the UK on tour with the James Barker Band.

During the run she’ll be playing a headline show at Buck’n’Bull in London on 15th November and it will give fans a chance to hear the new music she’s been working on, including her latest two singles Be Where We Are and Call It.

I spoke to Julia ahead of the tour to talk about her new tracks, discuss her plans for an E.P. in 2020 and find out about her approach to songwriting.

Hi, Julia. How is the UK treating you so far?

So far, it’s been pretty wonderful. It’s been raining off and on. I’m looking out the window right now and I actually see some blue sky.

This isn’t your first time performing in the UK is it?

It’s not. I’ve actually played two shows in London before but this is my first time playing in 10 of the other cities I’ll be in.

For most of your time here you’ll be supporting the James Barker Band but you’ve got a headline show in the mix too. What can we expect from your show?

I try to keep everything pretty high energy and fun and the full band show will definitely be that. The acoustic shows, I’ll try to incorporate a lot of the behind-the-scenes stories and in between songs and just get everybody up to speed on some of the new music.

Speaking of new music, you just put out two new tracks – Be Where We Are and Call It. They’re both pretty different. Tell me a bit about those tracks and why you decided to release them…

Be Where We Are is much more of the feel-good, live in the moment, don’t take anything for granted message. Call It is the sexier female empowerment and female perspective on a new relationship. They’re definitely on two ends of the spectrum.

These songs I’ve written over the last year and I decided to put them out because I think that they are another side of me. The song that’s already out, Trust You, is obviously a little bit more of a deeper subject. It’s about being strong and not letting somebody walk all over you if someone’s betrayed your trust. These two next songs are about the happier things in life and love that you can write about.

What’s the reaction from your fans been like to the songs?

It’s been incredible so far. It’s fun because we get to play shows live and hear what people are liking before we even record them and put them out. I’ve been on tour for a while. Getting to test out these songs helps me pick which ones I put out, I kind of let the fans choose. I’ve had great responses and reactions from all of these new ones. I’m really excited about two other new songs that are in the pipeline to come out in 2020.

Are you working towards an E.P. or an album or are you just focussing on dropping tracks at the moment?

I think that E.P. is going to be made up of these five tracks come early 2020.

Are you planning on an album after that or will it depend on how the E.P. goes?

At this point, I don’t necessarily see what the benefit would be of making it a full album. If you release all the songs one-by-one people consume them at more rationed speed whereas if you put the whole thing out at once, then people want new music immediately. The way that the market is going, I feel like people are slowing down on the album. I think my favourite is getting to put cohesive projects that happen to be a little smaller. I think an E.P. is my preferred release strategy.

Exactly. That is so true!

You’ve played in the UK before as you mentioned earlier. What’s your experience of UK fans been like?

Everyone’s incredible. Instead of just being there for just the experience, UK fans want to listen to the lyrics and usually it feels like they’re more invested in the actual songs that you’ve written and are performing, more so than just the live show. Especially if it’s an acoustic performance. One show I did was a full band show at The Troubadour and the other one was an acoustic show for Nashville Meets London and for both, people were just really ready to hear the music, which I loved.

We do have a reputation for being a quiet listening audience. People will have researched and know all the words to your songs. You should be prepared for sing-a-longs and the shows with James Barker Band will be rowdier. They went down a storm last time they were here…

I like rowdy audiences, too. I think it’s so much fun to get to party with the crowd, but it’s really nice when they also care about the songs you’ve written. As a songwriter each song is your little baby, you want it to grow up and really having more people hear it and listen to it, is how your songs go up.

You’ve done Nashville Meets London so would you like to be part of the line-up for C2C in the future?

Oh, I am 100% interested in that. I am trying to figure that out currently. I definitely want to be back here for that.

Are you thinking about coming back for a headline tour in the future?

This is my first full European tour so I don’t necessarily know how quickly the fan base grows. Obviously that would be incredible if I could do a headlining tour next year. I would cry of happiness. I just don’t have a clue yet. That’s something that I think that that my agent will know more so than I will but I’ll try. If I’m not headlining I’ll try to come back and open for somebody.

With Christmas just around the corner, what’s your favourite Christmas song and is there one you’d like to record in the future?

I think Winter Wonderland is probably my favourite Christmas song and I would definitely love to record that in the future. I don’t have it recorded yet. I do have a couple of other ones. I did an acoustic piano version of Jingle Bells and a couple of other songs. I’m working with my team right now. I might be too late to release them because I think some of those songs might have had to be submitted earlier to release, but there might be some Christmas music coming out. We’re talking about that this week, actually.

2020 is already showing itself to be something of a whole different animal for me because I haven’t ever had this much music ready to release. These two singles have just come out but everyone is already talking about the new full release in 2020. I think following that, it’s going to be a lot more touring and a lot more actually taking the music on the road and on the Internet instead of just being in studio, making it the whole year. I’ve toured this year but I was mainly writing. I still plan to write a lot in 2020, but I think it’s going to be more focussed on getting the music out there.

Definitely inspiring. Absolutely helps me write. In fact, what I do is oftentimes while I’m on the road, I come up with ideas and I record half a song or two thirds of a song or something in my phone as a voice memo. When I get back to Nashville, we’ll get together in these co-writes we do with multiple other songwriters and I’ll show them all my ideas and they can pick, which one they think is maybe the strongest and then we’ll flesh it out into a real song.

Artists are always so switched on aren’t they? Do you ever manage to have a day when you don’t think about making music?

Well, a lot of times songwriting happens when you’re not trying to, the ideas just pop into your head and then you have to record them in some way because you don’t want to forget them. When it comes to taking an off day that usually comes in the form of a family vacation or doing something with my family. That’s what I’m not Julia the musician, I’m just Julia the kid (laughs).

Will you be able to get a break over Christmas and enjoy that with your family?

I’m trying. My older sister actually lives in London and I think she’s going to be back in Texas with my family for Thanksgiving and then again for Christmas so I’m trying to get back there for both too. It’s not that often that she’s in the States and I try to capitalise on my whole family actually being in the same place. I have a little sister as well. So if my parents and both sisters and I can all be in the same city, it’s kind of a miracle.

Julia Cole’s new singles Be Where We Are and Call It are available to download and stream now. Take a listen to Call It below: