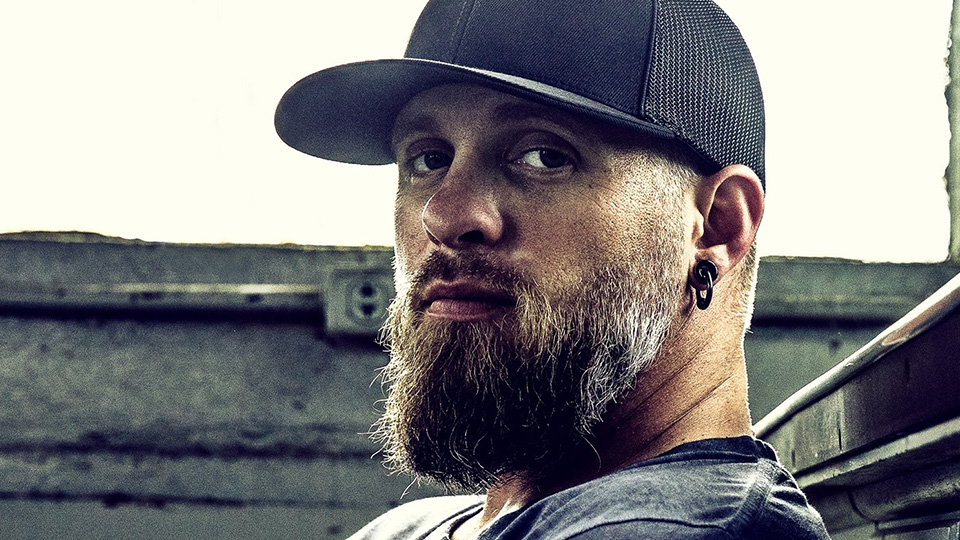 Brantley Gilbert is an artist that seems to divide country music fans. With rock influences dominating his music, Gilbert didn’t make the best impression back in 2015 when he played at C2C and used his set to advocate for the right to own guns. Given that guns are banned in the UK, that message went down like a lead balloon and response to his set was subsequently a little bit muted. With four studio albums under his belt, Gilbert has a solid reputation in the US thanks to his platinum-selling third album Just As I Am. On the back of the success of What Happens in a Small Town with Lindsay Ell, Gilbert has just released fifth studio album Fire & Brimstone.

In the US the album topped the US Country album chart giving Gilbert his third consecutive number one. What Happens in a Small Town suggested a more mellow record that panders towards Country radio but is that what Fire & Brimstone really delivers? The short answer is not really. That song remains the most un-Brantley Gilbert song on the record but it served its purpose by redirecting people to the singer’s latest album. With writing credits on all of the 15 tracks, Gilbert straddles commercial Country and his own brand of outlaw Country rock.

The album opens with the forgettable Fire’t Up, which is the kind of song that probably amps up the crowds for a live show but isn’t one you’d be desperate to listen to on record. It’s perfectly serviceable in the typical Gilbert vein but it’s not exactly remarkable. Second track Not Like Us is much better, even if the lyrics hit the usual tropes of small towns and the rhythm incorporates R&B. There’s at least some grit behind the track and that edge that makes Gilbert’s voice so compelling is evident.

After that the album is a complete mixed bag. Welcome to Hazelville, a song that includes Colt Ford, Lukas Nelson and Willie Nelson, is a bit baffling. It’s not a great song so why either of the Nelson’s got involved is a mystery. Gilbert is capable of creating some really mature songs that suggest he’s ready to evolve his sound but the problem here is that he frequently relies on his signature sound to fill the gaps. She Ain’t Home shows a more sensitive side and it’s one that’s very welcome. Strip away the bravado and the machismo and this is what I want to hear from Gilbert.

Unfortunately, the album is an uneven affair that swings from great to questionable. Straight after She Ain’t Home you jump to the typical Lost Soul’s Prayer, which isn’t awful but it’s not memorable either, and then you come across Tough Town, a song that plays to Gilbert’s strengths and sticks in your head. Title track Fire & Brimstone, featuring Jamey Johnson and Alison Krauss, is one of the strongest moments here and it’s so nice to hear Gilbert without the backing of electric guitars and incessant beats. He has a great voice and you can actually hear it on this song.

Elsewhere on the record New Money leans into the sound that’s working at Country radio, Breaks Down highlights how good Gilbert can be when he steps out of his comfort zone, and Man of Steel pushes his gravelly voice to its limits, in a good way. The album closes with one its strongest songs, Man That Hung the Moon. There’s something about hearing Gilbert more vulnerable that’s incredibly attractive. I’d rather he made an album like that song than flitting between the bravado and the sensitive.

Fire & Brimstone has slightly won me over. I would say about half of the record is really good but the rest if the usual forgettable Gilbert material. He has so much potential and when he’s good, he’s really, really good. He tends to rely too much on the songs that present a harder image when he actually succeeds far better with the softer more introspective moments. I hope he brings this album to life with live shows in the UK as I would welcome a chance for him to really knock my socks off.

In this article:Brantley Gilbert, Lindsay Ell