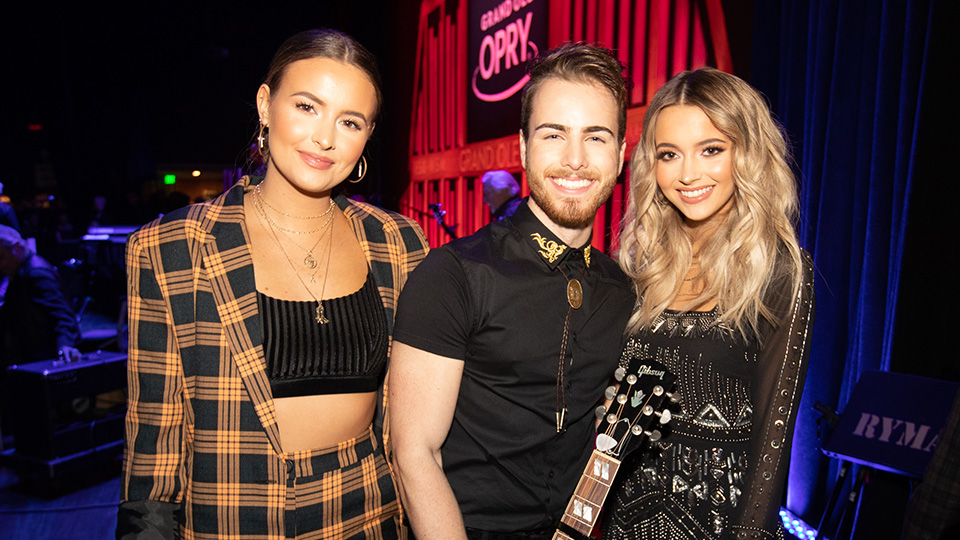 Temecula Road have made their Grand Ole Opry debut.

The rising Country trio performed on Friday 1st November 2019 at the first weekend of the show’s annual winter run of Opry At The Ryman in downtown Nashville. The band – Maddie Salute, Emma Salute and Dawson Anderson – were introduced by Connie Smith.

They performed their latest single Maybe Not and a stripped-down version of the Eagles classic Desperado. The house was packed with family, friends, and fans who gave Temecula Road a standing ovation.

“Tonight has been a dream come true,” says Emma. “We feel so very blessed,” says Maddie. “I am speechless, and that doesn’t happen very often. What an amazing night,” adds Dawson.

The Opry debut comes after the band returned from an overseas tour with Scotty McCreery and shows as part of Country Music Week in London. We caught up with the band while they were in London to talk new music, their Christmas single and more.

To celebrate their Opry debut, Temecula Road released a stripped version of Maybe Not.

The trio will join as special guests opening for Sara Evans on her Sara Evans – Blue Christmas Tour over the holidays.