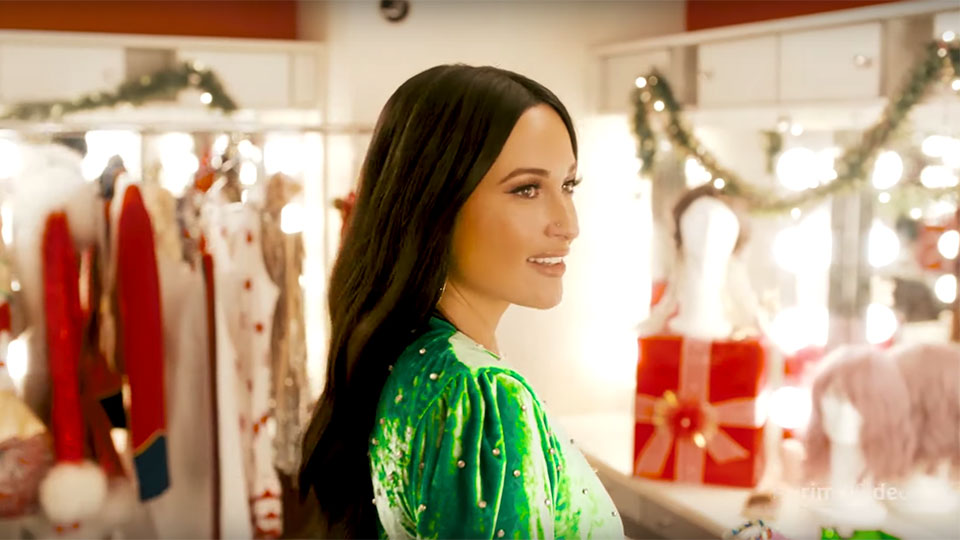 Kacey Musgraves will front her own Christmas themed special for Amazon Prime Video it has been announced.

The Kacey Musgraves Christmas Show will be released on Friday 29th November and it’s Prime Video’s first foray into the holiday special space. The show is narrated by Schitt’s Creek star Dan Levy.

The Kacey Musgraves Christmas Show invites fans in as Musgraves prepares for a most joyful Christmas gathering with a whimsical set and dazzling wardrobe influenced by the artist’s fresh aesthetic. Equal parts heart-warming and cleverly absurd, Musgraves pays tribute to holiday specials of the past whilst also reinventing just what a Christmas special can be, with a magically modern twist.

She will be joined by an all-star cast of friends for performances of both classic and original holiday songs including Fred Armisen on Silent Night, Leon Bridges on Present Without A Bow, Camila Cabello on Rockin’ Around The Christmas Tree, James Corden on Let It Snow, Zooey Deschanel on Mele Kalikimaka, Lana Del Rey on I’ll Be Home For Christmas, and Troye Sivan on the world-debut of Glittery.

The special will also feature the world-famous Radio City Rockettes, who showcase their legendary choreography and kickline alongside Musgraves during her number Ribbons and Bows.

Kendall Jenner will be on hand to spread holiday cheer with Kacey as they count down to Christmas.

The Kacey Musgraves Christmas Show will be accompanied by an official soundtrack available on Amazon Music and other DSPs beginning the 29th November.

“I can say without a doubt that this project is unlike anything I’ve ever done before,” states Musgraves. “What started as the small seed of an idea one night over a year ago has turned into something I’m so proud of. Some truly brilliant comedic and musical guests are featured in the show – as well as my own Grandma. My vision was to bring my old Christmas album to life visually and create a modern and fashionable, fresh take on a classic format. It’s a nostalgic, Wes Anderson-inspired reimagining of the holidays. It’s heartfelt, funny, and most of all, real. I can’t wait to finally share.”