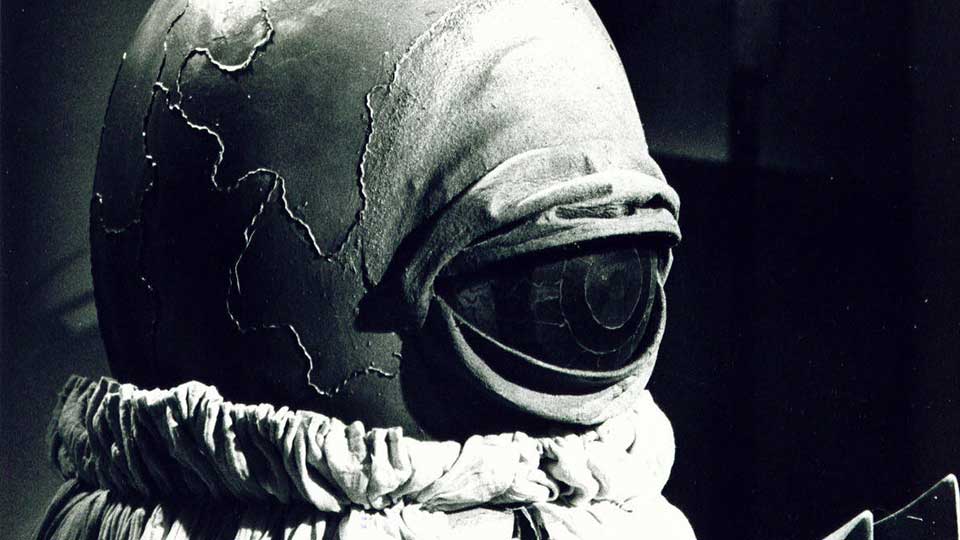 Koch Media’s latest documentary release is a collection of six ‘Myth Makers’ interviews with actors who made a strong impression playing monsters in Doctor Who. Most of those showcased first made their mark in the original Doctor Who series of 1963-89, but a few have also appeared in the remake. Most of the interviews are hot off the press, one or two date back to the mid-2000s.

If you’re a Doctor Who enthusiast and you love behind-the-scenes stories and actors’ tales, then the range of ‘The Doctors’ compilations are a must-have part of your DVD collection. Put simply, the Myth Makers interviews are definitive. Over the course of around an hour, they delve into each actor’s background, learning about how they fell into the profession in the first place to (more importantly) how they got involved with Doctor Who and what their experiences were like on set.

Nabil Shaban is an inveterate raconteur, and he is full of lively and engaging stories about his time playing Sil the Mentor in two Colin Baker stories (he has recently reprised the part for Sil and the Devil Seeds of Arodor). Questions are fed in to him by Christopher Ryan, his co-star in the Trial of a Time Lord story Mindwarp. Ryan, famous outside of Doctor Who for his many roles, but especially in situation comedies Absolutely Fabulous, The Young Ones and One Foot in the Grave, is a neat contrast to Shaban. Quietly-spoken, introspective, rather shy and slightly uncomfortable in the spotlight, it’s impossible not to immediately warm to Ryan, and interviewer Robert Dick does a great job in encouraging responses from him. Both interviews are new for 2019. Completing the first disc is Jon Davey, a name known to viewers of the remake. He’s interviewed here by modern-day Dalek voice-actor Nicholas Briggs.

The second disc opens with 1980s Davros-actor Terry Molloy, who spoke to the team in 2006. The best part is when he describes Samuel Payne, (EF contributor and one of my Doctor Who podcast The Complete Menagerie (Almost) co-conspirators) as a “Gruesome boy”. The two had worked together on the stage show The Trial of Davros in 2005, and Davros clearly has the measure of him…

Stephen Thorne’s interview is poignant in that he died earlier this year, aged 84. But he gives some cracking anecdotes about Jon Pertwee’s showmanship on stage at a Doctor Who event celebrating the classic 1971 serial The Daemons. Robert Dick later catches up with him at a hotel, and outside the setting of playing for an audience, the second half of the interview is rather more introspective.

Finally, there’s Stuart Fell, who was of course principally a stuntman, but who also played monsters where the costumes were too demanding or uncomfortable for actors. Perhaps his best-known contribution to Doctor Who is as Alpha Centuri in Pertwee adventure The Curse of Peladon. Fell gives an account of his full career, from how he got into making a living from stunts (nominative determinism aside) to his time on Blake’s 7, and how he uses local historical events to keep himself ticking over. The interview is just over decade old, and like the actors, Fell is full of terrific stories. He clearly retains a love for Doctor Who. Those who have met him over the years can vouch for what a delight he is.

For copyright reasons, the Myth Makers interviews can’t include footage from Doctor Who stories, and they have to be selective on still photographs. This means they are accessible mostly to people who are so well-steeped in the mythology that little context is needed. For devoted fans, they may be interviews with actors they’ve seen at conventions, and with an hour or so of screen time, they can afford to take an in-depth overview of their contribution to showbusiness and to Doctor Who. As such, for the fans who hunger for the human stories from the people who made their favourite show, there’s a wealth of trivia and anecdotes to uncover in The Doctors: More Monsters. Aficionados of this series will also enjoy the banter-rich introduction by Keith Barnfather and Nicholas Briggs.