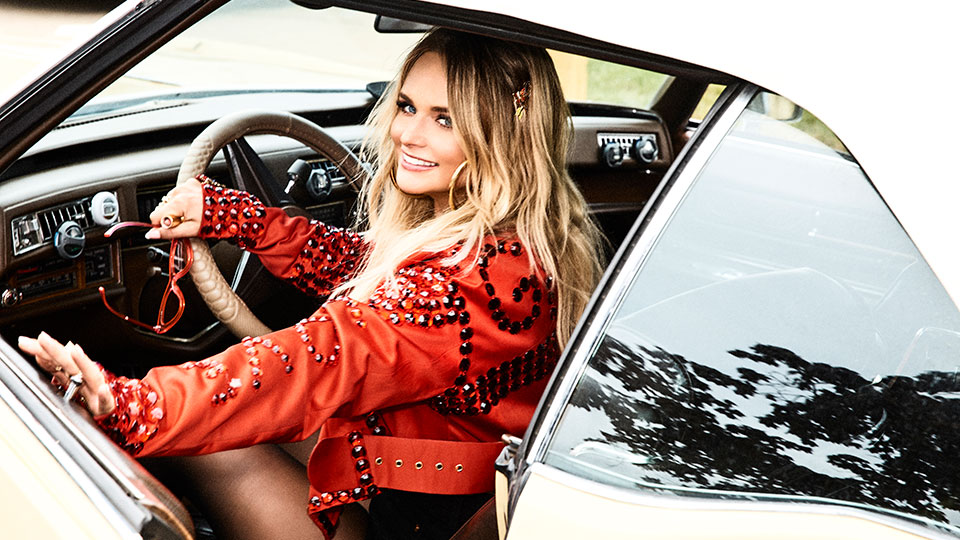 Miranda Lambert‘s last studio album was The Weight of These Wings released in 2016. The Platinum-selling record dealt with the breakdown of Lambert’s relationship with ex-husband Blake Shelton and the beginnings of her relationship with fellow singer Anderson East. The 2-disc set was raw and simplistic, and unlike anything we’d heard from Lambert before. Since then she reunited with the Pistol Annies for the criminally underrated Interstate Gospel in 2018 and she surprised fans earlier this year by marrying New York City police officer Brendan McLoughlin, who no one knew she was even dating.

With such a colourful string of events going on in her personal life, it’s no surprise that Lambert had plenty of material for a new album. Wildcard, Lambert’s seventh album, marks her first collaboration with Jay Joyce (Little Big Town, Eric Church, Zac Brown Band) and it’s a million miles away from the sound she embraced on The Weight of These Wings. The feister, humorous side of Lambert’s personality gets a chance to shine across the 14 songs, all of which Lambert co-wrote.

The album opens with the unapologetic White Trash and it sets the tone for an album that revels in Lambert’s cheekier side. Mixing a heavy beat with banjo riffs, the song deals with Lambert revealing that she can’t help revealing who she really is no matter how hard she tries. It’s fun and it draws you into the album perfectly. Mess With My Head is next up, one of the tracks released prior to the album, and it’s one of the highlights. Taking a slightly edgier sound than the opening track, the song makes the best use of Joyce’s poppier production leaning without losing that rock-tinge that Lambert often incorporates into her songs.

The album’s lead single, It All Comes Out in the Wash, is a song that didn’t immediately strike me when it was first released but it’s won me over after repeated lessons. Lambert celebrates the fact that whatever happens in life, it’ll right itself eventually. It’s a nice life lesson to remember and may help some fans get a little perspective if they feel their own life is a bit more chaotic than they’d like.

To my ears, this is the most varied album Lambert has released both lyrically and sonically. One minute she’s fighting with her feelings about spreading her wings and making a home on the light-pop of Settling Down, and the next she’s embracing her Texan roots on the gritty and delicious Holy Water. Maren Morris is enlisted on the punchy Way Too Pretty For Prison, which doesn’t quite reach the heights of Lambert’s classic Carrie Underwood collaboration Somethin’ Bad but shows that both artists have an easy chemistry that carries the song.

Elsewhere on the record the raucous Locomotive recalls Lambert’s earlier material, the acoustic-led How Dare You Love strips away the production and delivers one of Lambert’s best vocals on the record, and Tequila Does is the epitome of a classic Country drinking song. Penultimate track Track Records sounds like a lost Fleetwood Mac recording and the gorgeously rhythmic Bluebird should be a surefire radio hit (should US Country decide to play more than one woman on their rotations).

The album closes with Dark Bars, a traditional Country ballad that sees Lambert struggling to break bad habits as she observes people with broken hearts drowning their sorrows in bars. It’s a gentle close to the record but Lambert’s vocal is stirring as she sings, ‘No, I’m not in pain, I’m not on pills, but I’m still hanging out in dark bars’.

Wildcard could well be Lambert’s finest album so far. The Weight of These Wings will always hold a special place in my heart but the variety that Lambert showcases on Wildcard is fantastic. There’s a song for every occasion and it shows every aspect of her artistry, often in ways we’ve not heard before. Wildcard being so good makes it all the more disappointing that Lambert won’t be coming to the UK for C2C in March but hopefully she’s got plans to visit us again soon.

Advertisement. Scroll to continue reading.
In this article:Miranda Lambert