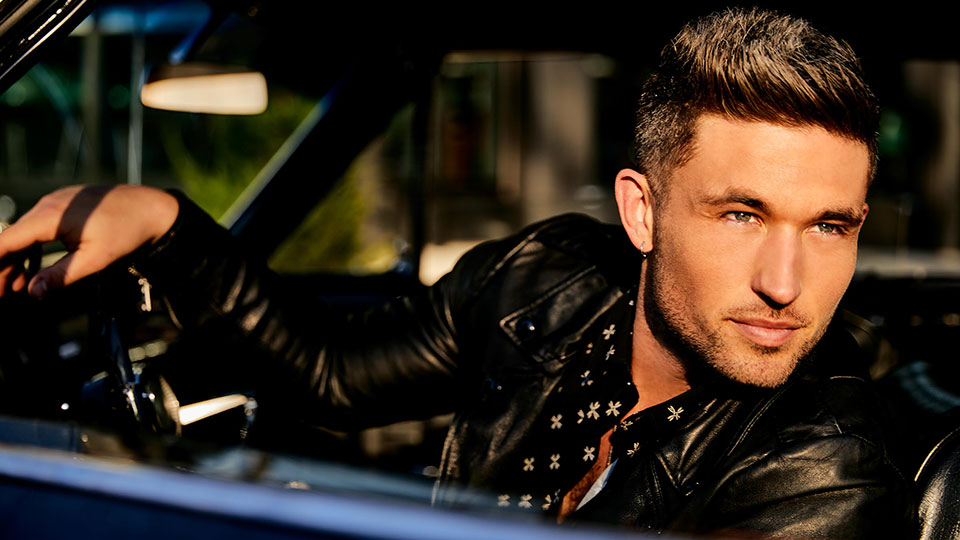 Back in March following C2C: Country to Country, there was one artist that people couldn’t stop talking about – Michael Ray. The singer-songwriter came over to the UK for the first time to play on the Spotlight and Pop-up stages, as well as headline one of the official after parties. Wasting no time following his performances, Ray announced that he would be returning for his debut UK headline tour and he kicked things off last night at Bush Hall in London as part of Country Music Week.

For this tour, Ray did something different from what fans saw at C2C. Before the show he told me that he’s working up to doing a tour with his full band but for last night, he was accompanied only by his guitarist. Performing acoustic is a risk for any performer and over the years I’ve seen acoustic shows solidify and ruin an artist’s career. Thankfully for Ray, it built on the buzz surrounding his C2C sets and further positioned him as one of the modern Country artists with potential to really break the UK market and gain some serious ground here.

Before launching into his debut single Kiss You in the Morning, Ray explained that he wanted to invite the audience into his living room so he could get to know them and they could get to know him. In the surroundings of the wonderful Bush Hall, he created an intimate experience that felt really special. It was one of those moments that you know you’ll be able to look back in years to come and say you were there. Kiss You in the Morning connected with the crowd, who were already buzzed following a high energy performance from opening act Willie Jones, and it kicked off a very lively and interactive evening.

Ray selected songs from across his two studio albums over the course of the night and spent plenty of time chatting with the crowd in between songs. He talked about his recent marriage to fellow Country star Carly Pearce, promised to keep coming to the UK as long as we wanted him (and vowed to play anywhere that would accommodate him), and he laughed along as the crowd interaction got very enthusiastic. He also teared up as the rapturous applause increased song-by-song, admitting that he was overwhelmed by the reception he was getting.

Vocally there was nothing to fault Ray on as his voice rang clear and that traditional, deep Country twang he has resonated strongly in Bush Hall. Get to You was the first moment that truly sparked a full crowd sing-a-long but the audience knew most of the words to most of the 10 songs that Ray performed over the course of the night. Dancing Forever sounded fresh and vibrant with its acoustic arrangement, while Her World or Mine, Ray’s latest single, sparked a full-on crowd singing moment complete with Ray’s guitarist struggling to remember how to play the chorus when put on the spot.

Highlights came thick and fast with I’m Gonna Miss You and Run Away With You being two songs that really stood out. Ray’s voice was in fine form all night but on those two songs in particular, there was something just that little bit more special.

For his debut headline show, Ray really delivered. That charisma and stage presence we saw at C2C was evident once again and he was so comfortable with the audience, it felt like a get together among friends. Ray has all the makings of a true Country superstar and if he continues to build things the way he is here in the UK, he’s going to quickly reap the rewards. A future C2C headliner in the making, Ray has something really special and last night he continued to build on the solid foundations he laid at C2C back in March.