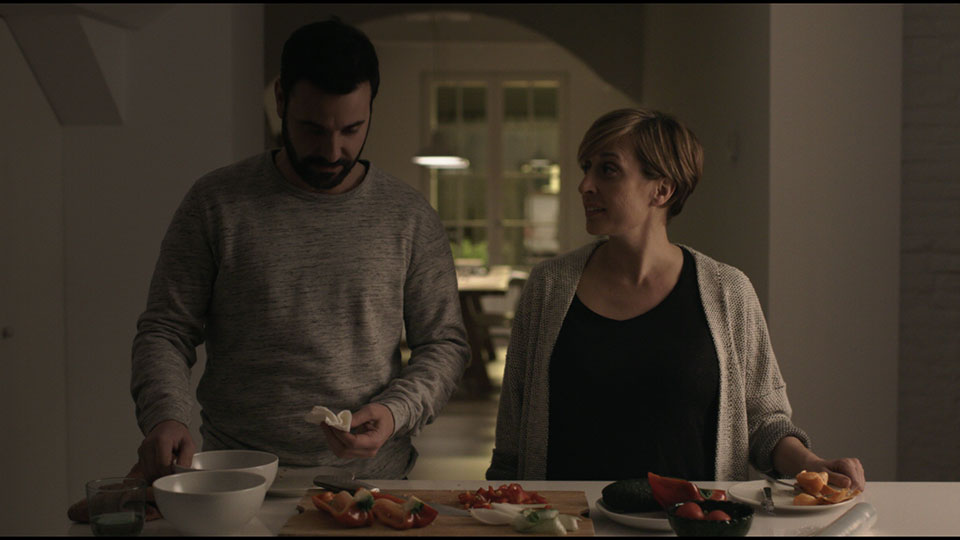 The opening episode of series 2 (13 episodes in total) of this intriguing Spanish thriller (Nit i Dia in its original language) had me scratching my head for much of the hour, as the lead character from Season 1 – forensic pathologist Dr Sara Grau (played by Clara Segura) – is absent for virtually the entire episode. Only in the very final seconds do we see her and realise her involvement in the storyline.

If you want to avoid all spoilers for Walter Presents: Night and Day, stop reading now.

Not that her absence matters – there’s more than enough going on in this opening gambit to keep the brain engaged! I won’t confess to fully understanding what was going on during the episode, as it paints a complex picture of deceit and corruption in the legislative world – but the crux of the matter is that a body has ended up on the slab of the morgue, and Dr Sara is charged with investigating how it came to be there.

Like the first season, the first episode of series 2 looks beautiful on screen. From the opening credits sequence (which are equal parts American Horror Story, True Blood and Dexter), everything about the show has a stamp of quality and integrity. Segura was fabulous in the first season and fully deserved her Best Actress prize at the Zapping Awards for her performance as a woman trying to juggle a loveless marriage, a series of infidelities and a professional career as one of Spain’s top forensic pathologists.

The opening episode features a judge who is investigating corruption in the government. He has a whistle-blower ready to give damning evidence that will put away a number of senior officials relating to fraudulent activity in the healthcare sector; but the potential witness has concerns for his own safety, understandably. And when photographs and video of the judge in a compromising position with two young women surfaces, things do indeed turn sinister. The judge is being set-up in order to discredit him and get him struck-off the judiciary. But when he refuses to go quietly, his career and very existence are threatened.

We also meet the sinister chess-playing assassin, Benet Muntada (Josep Maria Pou) – a huge, bear of a man who by day is a gentle-giant, tutoring a young girl in the art of chess and running his book shop; but by night, he’s a cold-blooded hired killer. He’s an intriguing character and I look forward to learning more about his as the series develops.

Like the first series, this is a sexy, fiery thriller that builds and builds the tension and sense of menace. Time will tell if it’s got the staying power – 13 episodes is quite a commitment – but initial impressions are more than favourable.

Walter Presents: Night and Day series 2 airs on Channel 4 tonight (20th October) at 11pm, with the full season available immediately afterwards on All 4.