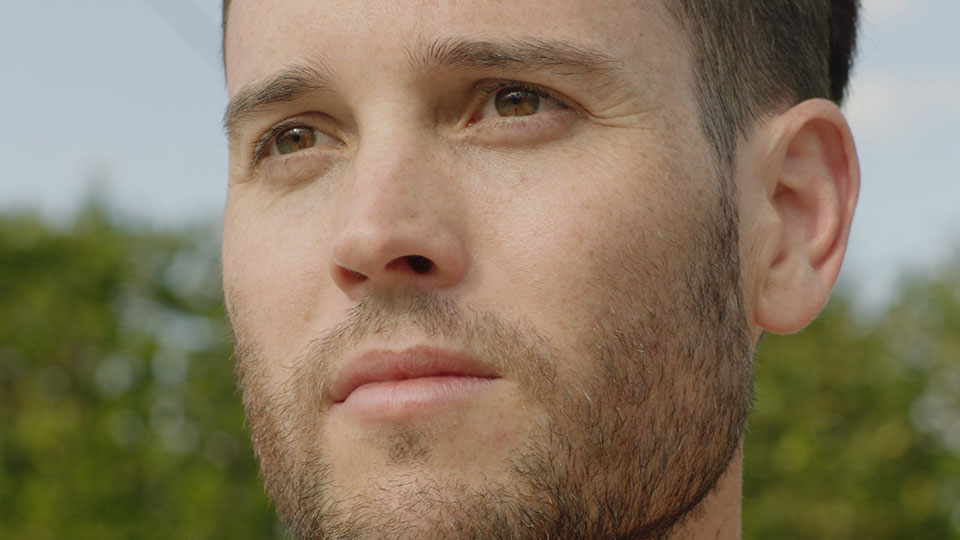 Jason (Sean McBride) enters into a relationship with married couple Carl (Corey Page) and David (Ryland Shelton). Despite the reservations of his best friend Katelyn (Fatimah Taliah), Jason agrees to move in with the couple as the triad takes their relationship to the next step. Keen to make things work, Jason grows concerned when he realises that Carl and David have deep-rooted problems that his presence may be exacerbating rather than helping.

The Third is from creator Matthew Lynn and it looks at the reality of being in a relationship with more than one person. Can it really work? Over its six episodes, The Third explores that question and it highlights that a three-person relationship has both its advantages and disadvantages. Each episode peels back another layer of the relationship as we learn how Carl and David came to be together and where Jason fits in. Both Carl and David have a lot of baggage and they aren’t as easy-going and carefree as they appear when you first meet them.

Jason naively believes that he can make a real go of being in a triad without understanding the strain that Carl and David’s relationship is under. Secrets come out over the course of the series, which I won’t divulge here, that change the way you view all of the characters. Lynn explores the jealousy that comes with three people being in a sexual relationship and there’s one scene involving Jason and Carl where they’re keen to have sex but try to wait for David to come home so he doesn’t feel left out. There are many glances between the characters that suggest the triad is creating more problems than its solving.

What surprised me with The Third is that it really makes you think. This isn’t a frivolous series that’s getting good looking men together to titillate you. It genuinely makes you wonder how you would feel and react if you were in any of these men’s shoes. Each of the men has their own hang-ups that adds complication into the triad and you know early on that you’re waiting for things to blow up.

You really care about the characters too. Australian actor Corey Page (one of the original cast of 90s Australian soap Heartbreak High) is a scene-stealer here. He’s pushy and brash as Carl, taking Jason under his wing while refusing to acknowledge that his marriage with David could be coming to an end. Ryland Shelton puts in an emotional performance as David, expertly grappling with the different emotions David experiences as he tries to figure out what he wants from his relationship. Sean McBride is good too as the plucky and naïve Jason, playing the character with wide-eyed abandon but convincing as he wises up to the situation he’s let himself get into.

I really hope there’s a second series of The Third on the way because the final episode left me wanting much more. There’s so much scope for these characters and I loved the way the show explored a still taboo subject without sensationalising it at all. The Third helps you understand a relationship that stands outside of convention and it explores it impressively over the six episodes.