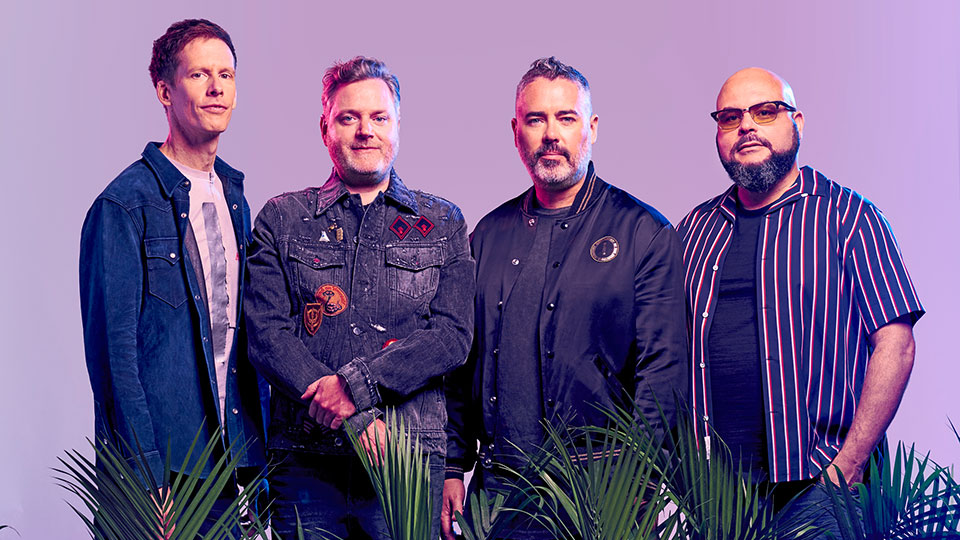 Available now the release celebrates more than three decades of chart success. It features 12 songs including their biggest singles and the theme to the hit TV sitcom The Big Bang Theory.

“We’ve had many hits, and I believe they are all truly great. These however…are the Greatest,” says lead singer, guitarist, and song-writer, Ed Robertson.

The song selection spans Barenaked Ladies’ career and includes If I Had $1000000 from the group’s July 1992 major-label debut, Gordon, as well as early favourites such as The Old Apartment from 1996’s Born On A Pirate Ship and a live version of Brian Wilson, which appeared on the concert album Rock Spectacle (1996).

Fans can expect the huge global hit One Week, from 1998’s Stunt, and many other favourites from the band’s career.

Across their career Barenaked Ladies have won eight Juno Awards and were inducted into the Canadian Music Hall of Fame in 2018. The band hit the road this summer with Hootie & the Blowfish on an extensive 44-city North American tour.

The track listing for Original Hits, Original Stars is:

Advertisement. Scroll to continue reading.
In this article:Barenaked Ladies