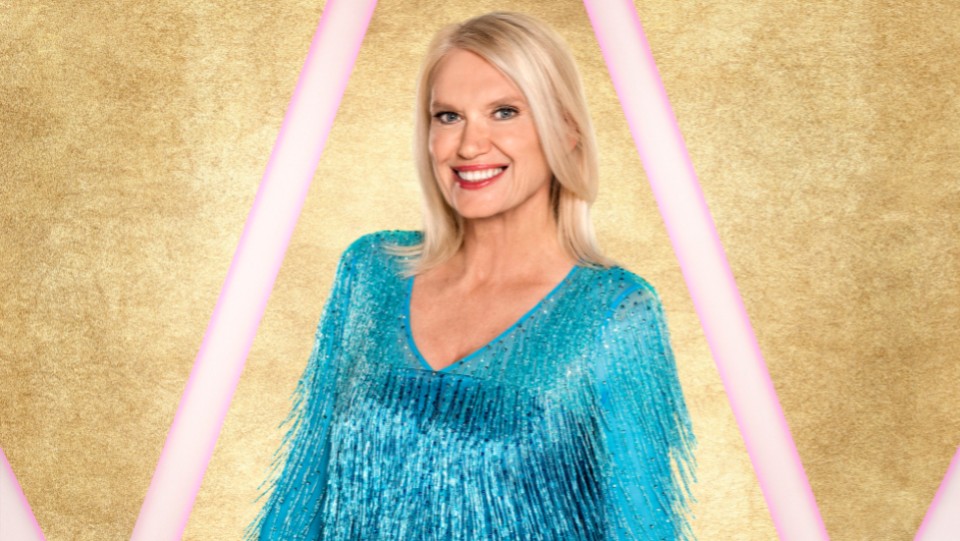 The former Treasure Hunt and Challenge Anneka star and her professional partner Kevin Clifton found themselves in the dance-off after their Movie Week Charleston to Woo Hoo by The 5.6.7.8’s from the movie Kill Bill scored just 11 points from the judges.

When combined with the viewers’ votes, Anneka and Kevin were in the bottom two and had to dance again in a bid to impress the judges and stay in the competition. They were up against David James and his partner Nadiya Bychkova, who performed their American Smooth to Seal’s Kiss From A Rose, from Batman Forever.

Following her elimination, when asked by presenter Tess Daly about her time on the show, Anneka said: “To be honest, I’d have saved David and Nadiya. I’ve just loved this whole thing; I’ve not one negative about the whole experience. We’ve worked really hard, I’m covered in bruises. I love this man; it’s been a joy to have that honour, that privilege of learning to dance. It’s a whole new world to me Tess. I love all that gang up there! Now I’ve got 11 and a half (dance) moves! My son is getting married next year, I’m determined to be able to shuffle onto the dance floor and not do my usual thing of handing out the canapes.”

Tess also asked Kevin if he had any words for Anneka. He said: “You’ve put in so much commitment and so much effort. We worked about four hours on one step on that Charleston and you delivered that Waltz last week… then to come out and deliver that Charleston – the improvement you’ve made, I’m so proud of you, it’s been an absolute joy.”

Sunday’s Results show also opened with a spectacular routine from Strictly’s professional dancers taking us through the history of cinema, as well as a performance by Grammy and Emmy Award winner Harry Connick Jr singing the Broadway classic Anything Goes.

Strictly Come Dancing will return on Saturday 12th October at 6.40pm with the results show on Sunday 13th October at 7.15pm on BBC One and BBC iPlayer.