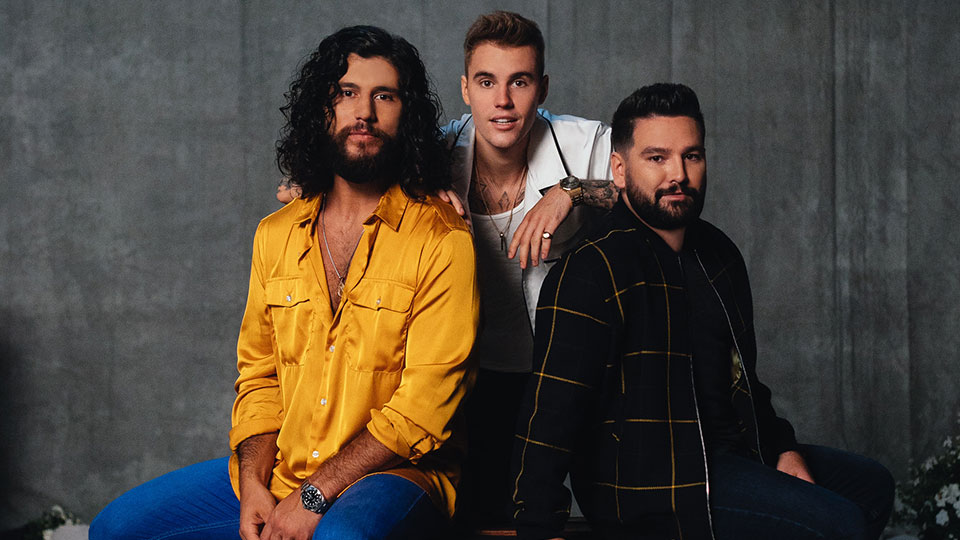 Dan + Shay have teamed up with popstar Justin Bieber for new single 10,000 Hours.

Dan Smyers and Shay Mooney co-wrote the song with Bieber alongside Jessie Jo Dillon, Jordan Reynolds and Jason “Poo Bear” Boyd. Take a listen to the track below:

Smyers produced the catchy track, which sees Mooney and Bieber trade verses. The song is the first new material from the duo since the release of their self-titled third album in 2018, which spawned the number one singles Tequila, Speechless and All to Myself.

Dan + Shay are up for Duo of the Year, Album of the Year and Single of the Year for their 2x Platinum, four-week No. 1 hit Speechless, with Smyers receiving an additional nomination for Song of the Year as a co-writer alongside Nicolle Galyon and Jordan Reynolds on Tequila for the second year at the CMA Awards.

CMT also recently announced Dan + Shay as one of the top country superstars of 2019 to be celebrated at this year’s 10th Annual CMT Artists of the Year special, airing Wednesday, October 16th at 8pm ET/PT.

Since forming seven years ago the duo has amassed more than 3 billion streams globally, picked up 17 RIAA Platinum and Gold certifications andhad six number one singles at Country radio in the US.

In this article:Dan + Shay, Justin Bieber