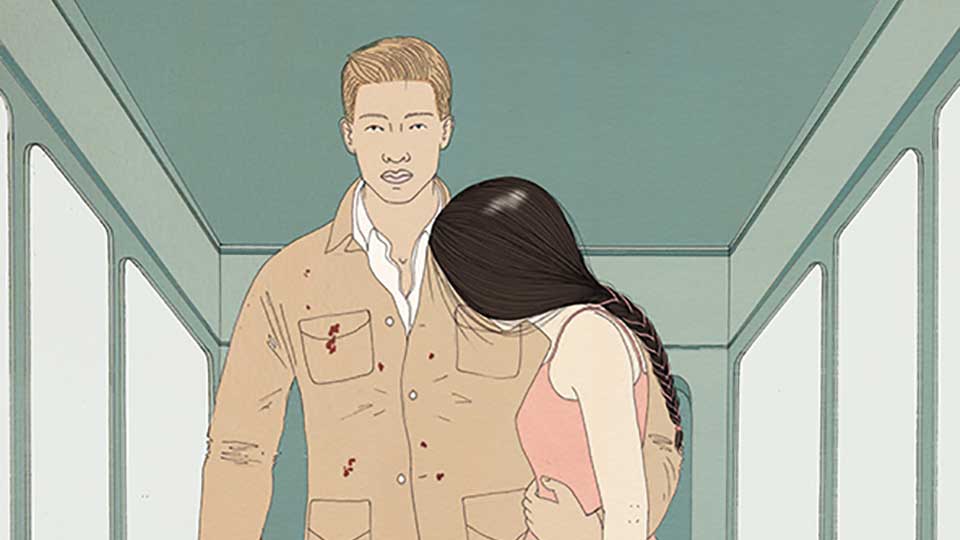 Canadian author Margaret Atwood’s most-celebrated book is The Handmaid’s Tale, but 2003’s Oryx and Crake is slowly gathering the same level of influence, and regularly appears on reading set lists for literature students.

Dystopian stories about a post-apocalyptic future in which most of humankind is deceased following the outbreak of plague are numerous, and in fact make up a sub-genre of science-fiction. Having said that, Atwood (in her introduction) identifies her novel as ‘speculative fiction’, since the near-future events she depicts really could happen under the ‘right’ circumstances. Standing out in this crowded field is the challenge. Atwood succeeds in part, of course, through her literary flair. Oryx and Crake is a beautifully written book in terms of its prose (though it’s not entirely free from structural issues).

The maintained focus is ingenious. There are very few characters presented in Oryx and Crake. The protagonist is Snowman (or ‘Jimmy’, as he was, before the catastrophe). We follow his life now, living in a world alone, with only the ancestors of genetically engineered lifeforms who are better adapted to survive for company. Through flashbacks we learn about his earlier life. Oryx is the object of his affections, and Crake is his egomaniacal best friend. Through a hedonistic and self-centred lifestyle, Jimmy unknowingly hurtles towards a point of no return, along with the rest of humanity.

The world of the story is dark, but compelling in its plausibility. Atwood’s bleak morality tale is an exposé of human weaknesses that often makes for an uncomfortable read. It’s especially distressing to learn how Oryx comes into Jimmy’s life – she is a sexually-exploited child under the control of a pimp, and, like some kind of futuristic Humbert Humbert, he is captivated by sordid images of her online. In depicting a society at the point of no restraint, where decency has entirely given way to narcissism, Atwood sends a warning about the direction in which the human race is heading. But to lend power to her point, she depicts none of the major characters as especially likeable, which can leave the reader somewhat emotionally detached from the story as it unfolds.

This isn’t necessarily problematic. There are deep philosophical ideas at the heart of Oryx and Crake. In part, it is a commentary about how a society that has abandoned traditional roots of morality, such as those found in religion, ends up creating hell on earth. Crake attempts to supersede God by taking on the decisions of a deity, and attributing himself with the powers that usually accompany omnipotence, such as the ability to pass judgement on entire races of people and seek retribution. In continuing the human legacy, Snowman necessarily has to create an origins legend for the bioengineered Crakers to believe in – essentially inventing religion for them and resetting the tale of humanity to the Garden of Eden.

Readers who enjoy explorations of existential ideas will find many of them in Oryx and Crake. There is no shortage of grand themes, and if anything, the author gives them a light touch of her own judgement, allowing the reader their own interpretation. It’s why Oryx and Crake is masterly, effective and thoughtful: not the kind of book you forget reading in a hurry.

Atwood is less successful in maintaining a credible futuristic story world by using some details that unnecessarily date the text, such as references to technology like DVDs, which may have been new in the early 2000s, but have already had their heyday. The wearisome trend corporations enjoy of using quirky spellings for everyday objects is well-exploited here. ‘Paradice’, ‘RejoovenEsense’ and ‘BlyssPluss’ are just a few examples, but they litter the text and provoke the intended wince from the reader. Aside from a few details, the main flaw of the book is a plot that slows and meanders in the second half. The natural end point is well-signposted throughout, but the route to it is rather torturous. This is forgivable, since the final fifth of the book leaves the reader well-satisfied. Atwood would return to the rich and detailed world she had created in Oryx and Crake for 2009’s The Year of the Flood.

This edition of the book comes with some striking design work, since the lettering on the lurid green hardcover is glow in the dark. There is also a contrasting blue card slipcase and seven full-colour illustrations.

Advertisement. Scroll to continue reading.
In this article:Margaret Atwood, Oryx and Crake, The Folio Society