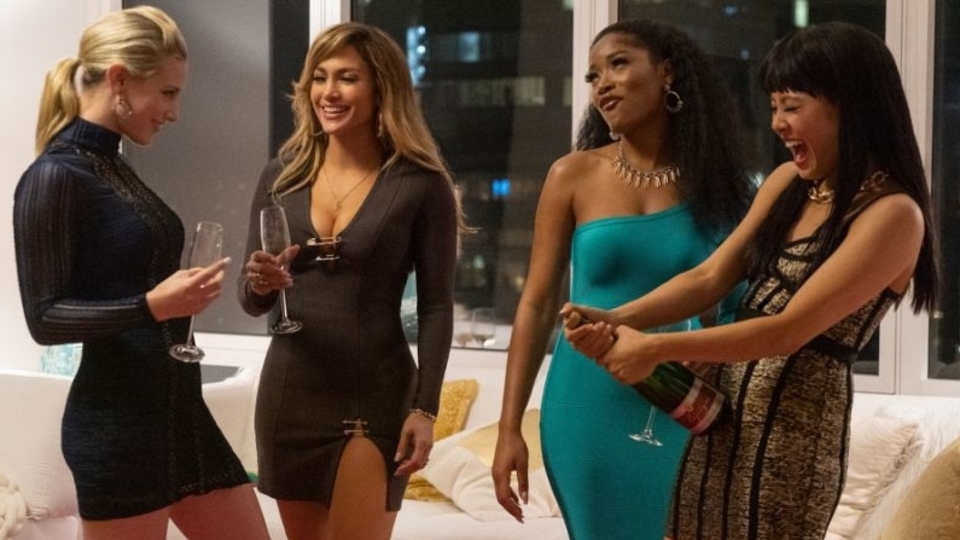 On face value, Hustlers delivers one of the most engrossing and entertaining movies of the year – a film peppered with standout performances, an absorbing plot and a near perfect balance of comedy and drama. The end result is a story that has some important points to make, and shines a light on a fascinating period of time when the financial crisis of 2008 hit and how it affected a particular facet of the working class.

Director Lorene Scafaria does a great job visualising a film inspired by a viral 2016 New York Magazine article ‘The Hustlers at Scores’, written by Jessica Pressler. Her story has been adapted by Scafaria (who also wrote the screenplay) and has delivered a fresh and original drama that easily draws you in and gets you invested in good characterisation right from the start.

A crew of savvy former strip-club employees band together to turn the tables on their Wall Street clients. After enjoying a fruitful patch where they were all making lots of money, the financial crisis of 2008 hits and this causes reverberations that are felt across the board. After learning the ropes from Ramona (Jennifer Lopez), Destiny (Constance Wu) feels the financial burden and struggles to make ends meet, so she partners up with her former mentor to start a scam – where they get their clients a little too inebriated in order to fleece them out of their cash. But as their plan delivers great success, it also delivers a very real threat of getting caught.

The cast features a truly impressive line-up of Hollywood talent. Leading the line is Constance Wu, and Jennifer Lopez, who I feel both lead the film even though the story is told from the perspective of Wu’s character Destiny. We last saw Jennifer Lopez on the big screen in the good-intentioned romantic comedy Second Act, whilst Constance Wu’s star has been on a steady rise after impressing in the box office smash Crazy Rich Asians, and in the hilarious sitcom Fresh Off The Boat. Lopez and Wu’s dynamic and chemistry keeps you hooked in the movie, and their friendship is one of the best elements of this story. Wu brings a warmth and genuine heart to Destiny and that makes it easy to champion her cause, even though what they do is wrong.

Jennifer Lopez never hands in a poor performance, but she’s on a different level in Hustlers. The early awards season buzz is warranted as Ramona is one of the best characters she’s ever played, and she was born to play her. Of course, she looks stunning in every frame as you’d expect, but the role is actually well written and gives her a wonderful chance to shine which she fully embraces. Lopez is magnetic and simply a joy to watch here.

Cardi B, Lili Reinhart, Keke Palmer, Julia Stiles, Mercedes Ruehl, Trace Lysette, Mette Towley, Madeline Brewer and Frank Whaley all lend superb support too. Reinhart and Palmer make up the core team employed by Ramona and they both offer some great comedic moments that help give the narrative a really balanced edge. Both are hilarious and offer standout performances. Cardi B and Lizzo are also great but I feel like Cardi B’s character Diamond was really underused.

There are a few things that could have done with more screen time. The angle of looking at how the financial crisis hit workers in strip clubs was a really interesting one that I’d not seen explored before, so it would have been good to see more of how the club handled the down-turn in their fortune. Julia Stiles also feels slightly underused as the reporter who is doing an article on this incident and who acts as the audience’s proxy as we learn about the whole story. The conclusion of the film also seems to fly by, and given what happens I think more time should have been spent with regard to specific details of the aftermath rather than just having text show up on screen explaining the fate of certain characters.

Hustlers is a very enjoyable and fascinating ride. The story is crazy and full of outlandish incident, the characters all feel real and genuine and the film is shot superbly, especially some of the dance routines with Jennifer Lopez’s characters introduction a real high-point, as is a great sequence when Usher turns up at the strip joint and all the girls hit the stage. This is a film with bags of energy, attitude and style, and is one of the highlights of the year.