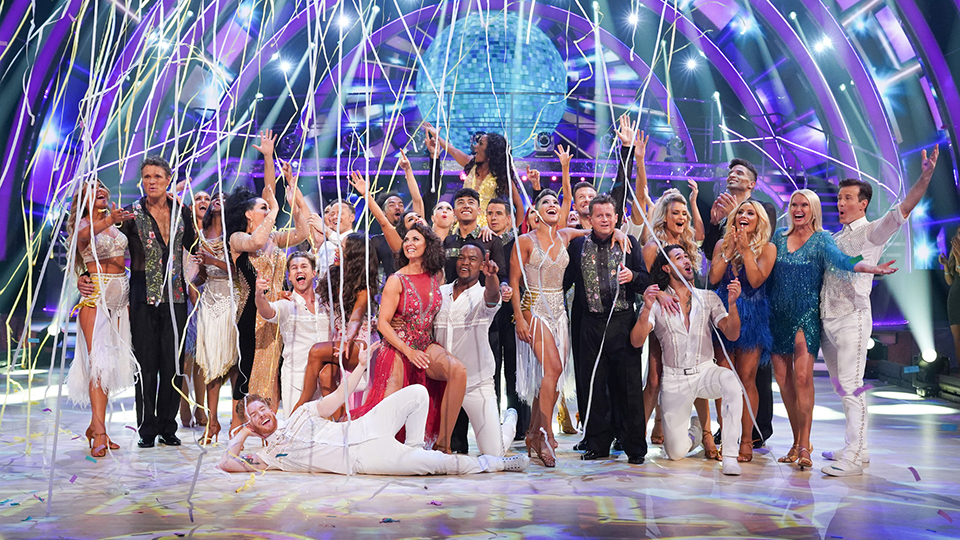 Strictly Come Dancing has announced which of this year’s celebrities will be paired with which professional dancers in a glittering launch show, aired last night on BBC One.

Now in its 17th series, the launch show kicked off with a performance from Strictly’s troupe of professional dancers accompanied by the one and only Kylie Minogue singing a medley of her hits, including Love At First Sight, Better The Devil You Know, All The Lovers and Dancing.

The show also saw the debut of new professional dancer Nancy Xu, who starred in a dramatic routine that mixed a tango version of the Strictly theme with Beyonce’s Crazy In Love and Calvin Harris and Rag ‘n’ Bone Man’s Giant. Meanwhile, reigning champion Stacey Dooley returned to the ballroom floor to reprise her show-stopping Paso Doble with partner Kevin Clifton, and Mark Ronson and Yebba performed Don’t Leave Me Lonely.

Presenters Tess Daly and Claudia Winkleman were on hand to match the celebrities with their professional partners, whilst judges Bruno Tonioli, Shirley Ballas, Craig Revel Horwood and new judge Motsi Mabuse offered their thoughts on the new couples and shared their advice for the stars. The judges also performed a routine with Strictly’s professional dancers and Motsi showed that she has some serious moves!

This year’s couples will be:

Made In Chelsea star Jamie Laing, who will no longer be participating in this series due to an injury, was also shown being paired with Oti Mabuse. Last night it was announced that he will be replaced by former Emmerdale actor Kelvin Fletcher.

The show closed with a routine from all this year’s celebrities and professionals, performed to Lionel Richie’s Dancing On The Ceiling. From this first dance, we’re already keeping our eye on Alex and Neil and Karim and Amy – both couples look like they’ve got great potential.

Best of luck to all this year’s Strictly Come Dancing couples! Now bring on the live shows in two weeks time…

Strictly Come Dancing 2019 continues with the first live show on Saturday 21st September on BBC One.