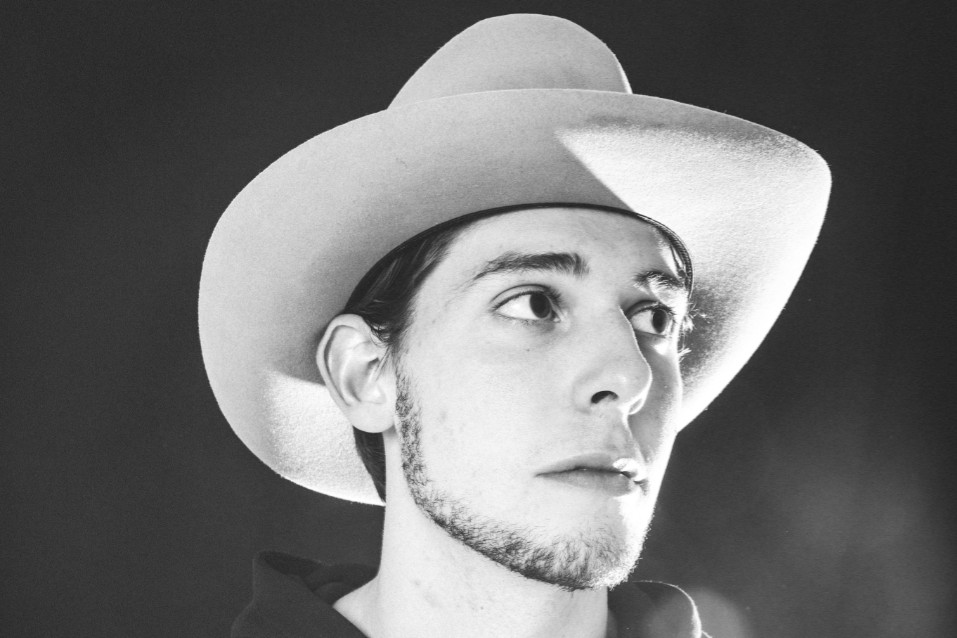 Starting out in the music industry can be a struggle for many new artists, but when you come from one of country music’s well-known dynasties the pressure can be even greater. Sam Williams is the latest new star to join this list – his dad is Hank Williams Jr, whilst his grandfather was the legendary Hank Williams. Now embarking on a country career of his own, last night he made his UK debut opening for Cam on her Oh, The Places We’ll Go! tour at London’s Shepherd’s Bush Empire.

Dressed in a cowboy hat and sparkly jacket, and accompanied by an acoustic guitarist, Williams opened his set with the stomping Don’t Drink Any More. The song really highlighted the depth and richness in his voice, which reminded me a little of Ben Howard, and he showed off his control as he hit a huge note towards the end of the song.

Throughout his half-hour set Williams showed off the retro California vibes of his sound with songs like current single Gemini, a sparse twangy number with plenty of atmosphere and a spine-tingling acapella ending, the anguished, impassioned Woe Is Me which combined emotional lyrics with a pounding rhythm as he encouraged the crowd to clap along, and I Want You Out Of My Head, a rocky number with quickfire delivery and a Britpop feel about it. He also threw in a couple of covers, including his version of his grandfather’s song Kaw-Liga, which had a haunting, dark feel and saw him bringing out the rocky tones in his voice. I really liked that he put his own spin on it and thought it was a great way to honour his family legacy whilst showing his strengths as an artist in his own right.

For me the standout track of the set was Weatherman, originally recorded by Hank Williams Jr. I really liked the distorted effect in the intro and thought it was the best showcase for Williams’ smooth tone, with the stripped-back arrangement allowing his vocals to shine. He brought a real intensity to the song and was rewarded with the biggest cheers of the night. I also really liked the bittersweet Can’t Fool Your Own Mind, with its soaring vocals and huge chorus.

Williams closed his set with the rocky I Don’t Know. The steady track’s mixture of heartfelt lyrics, strong storytelling, raw emotion and effects really summed up his performance in my view, and I liked the sultry, slinky vibe of it too. He ended on some big notes and it’s definitely a song that stays with you long after it’s over, and based on the conversation around me afterwards the audience reaction was universally positive.

It can be difficult to step out of the legacy of a famous family name, but if Sam Williams’ performance last night is anything to go by, then he’s pulling it off with style. With his distinctive vocals, strong stage presence and simply oozing cool, I think he’s safe to say he won over plenty of new fans and has set himself up as one of the most exciting new acts on the country scene. He’s definitely one to watch for the future and I’m looking forward to hearing more from him soon.