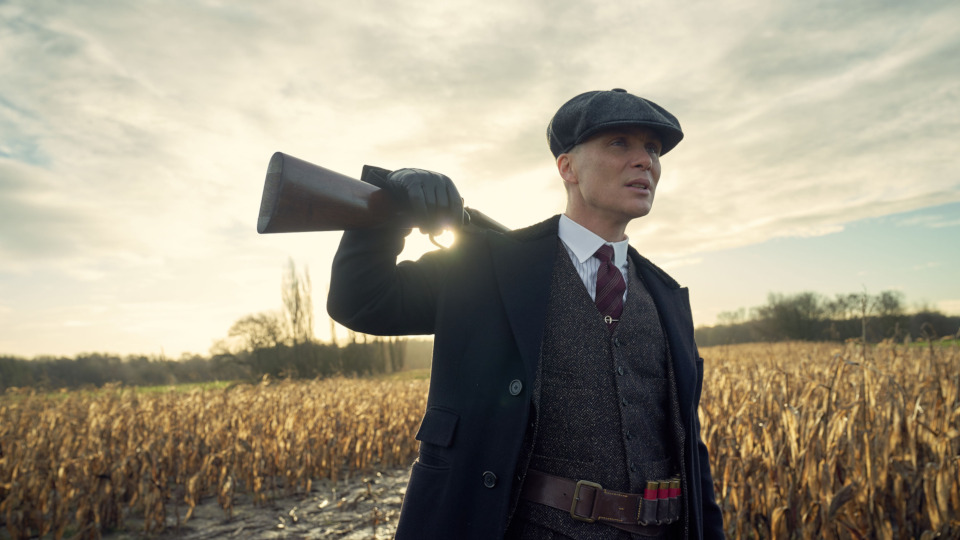 Peaky Blinders has always had great opening scenes and this episode is no different.

When Tommy Shelby (Cillian Murphy) isn’t blowing up land mines in his own fields with a machine gun, it seems he’s out threatening nuns with Polly (Helen McCrory) who are mistreating the kids in one of his orphanages. “We don’t smoke in here,” says a nun, “Well I fu%^ing do,” says Tommy. This pretty much sums up the scene as the Shelby’s make it clear they won’t support child abuse or racism within the orphanage and pull their funding. For a nice finish, Polly pulls a knife on the head nun. All just a normal mornings work for the Shelby family!

With the nun situation dealt with, Tommy, Polly, Michael (Finn Cole) and Arthur (Paul Anderson) meet at the canals. Tommy is taking Arthur and Michael to London and sends Polly off to deliver a message to Aberama Gold (Aidan Gillen) asking him not to go hunting down the Billy Boys who killed his son in the last episode.

In London Tommy, Arthur and Michael are preparing the for a meeting with Oswald Mosley (Sam Claflin) who is described as the devil by Tommy. Mosley is far from intimidated revealing just how much he knows about the Shelby family through his spy network. He wants Tommy to join political forces with him when he launches his new fascist party. For now, Tommy is reluctant to join. Mosley keeps his cool and massively outmanoeuvres the Shelbys.

Linda (Kate Phillips) is confiding in Lizzie (Natasha O’Keeffe), she is unsure about herself and whether she wants to remain a part of the Shelby family. Foolishly she reveals too much about who she has been talking to with frightening results later in the episode.

Rather than simply visiting Aberama in hospital Polly ends up springing him out. Despite her delivering Tommy’s message, Aberama is determined to get vengeance for himself and starts to gather men and resources in order to head up to Scotland.

Tommy and Arthur hold a meeting with Col Ben Younger (Kingsley Ben-Adir) regarding Mosley’s request that Tommy join forces. Tommy is informing on various political factions to the intelligence agencies via Younger. Tommy decides that he will join Mosley’s new party when it is announced in order to undermine things from the inside.

Back home, Lizzie tells Tommy that she has been speaking to a solicitor who would represent her in a divorce from Tommy but she reveals that she didn’t follow through and wants to show her loyalty to Tommy. She has some conditions regarding Tommy’s fidelity but for now, it seems that home life is one thing he doesn’t have to worry about at the moment.

After this heart-to-heart with Lizzie, Tommy reveals to Arthur the whereabouts of Linda’s friend, a male Quaker she has been confiding in. Arthur tracks down the unfortunate chap and beats the living daylights out of him trying to get information regarding where Linda is. He resorts to using his razorblade in his cap to finish him off but is no closer to finding her. This scene is truly disturbing and ends with Arthur, sitting atop the now prone Quaker shouting “There is good in my heart, but these hands are evil.”

Up in Scotland, Aberama has set up an ambush for a group of the Billy Boys. This results with a battering for the Billy Boys and Aberama pouring molten tar over the face of the leader of this unfortunate group. Once again another harrowing scene.

Tommy meets with Mosley to inform him of his decision to join his party. Tommy wants to make it clear he has some conditions but Oswald is not interested one bit. Tommy does well to keep his cool but when he finally gets the best of Mosley it’s going to be explosive.

The final scene shows another group of Billy Boys arriving at Aberama’s camp. Thankfully Arthur got there first and has booby-trapped the camp with hand grenades. Several of the Billy Boys are blown to pieces. The episode ends with Jimmy McCavern (Brian Gleeson) declaring war on the Shelby’s.

The whole episode had the usual mix of comedy, violence and emotion throughout. The tensions between Michael and Tommy continue to escalate and Arthur seems about as stable as a three-legged dog. The way the show explores the topic of racism at the time (and today for that matter) is really interesting and shows the Shelby’s themselves as quite a liberal group.

Peaky Blinders continues on BBC One on Sunday 8th September at 9pm.