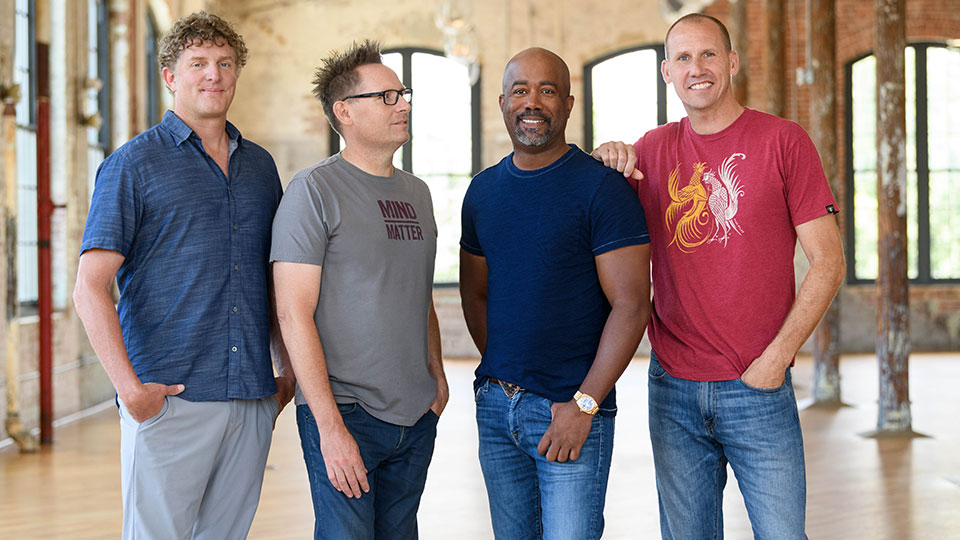 The album is the band’s first in nearly 15 years and it’s available to pre-order from 6th September. Watch the band discussing the new record below:

Imperfect Circle is the follow-up to 2005’s Looking for Lucky. It is produced by Frank Rogers and Jeff Trot.

Over their career to date Hootie & the Blowfish have sold over 25 million records worldwide. They’ve won numerous awards including 2 Grammys, and achieved the 10th biggest selling album in history with their Cracked Rear View debut.

This year the band embarked on their Group Therapy tour in the US, including two nights at New York’s famed Madison Square Garden. Hootie & the Blowfish have announced much-anticipated UK / Ireland tour dates for October:

Advertisement. Scroll to continue reading.
In this article:Darius Rucker, Hootie & the Blowfish