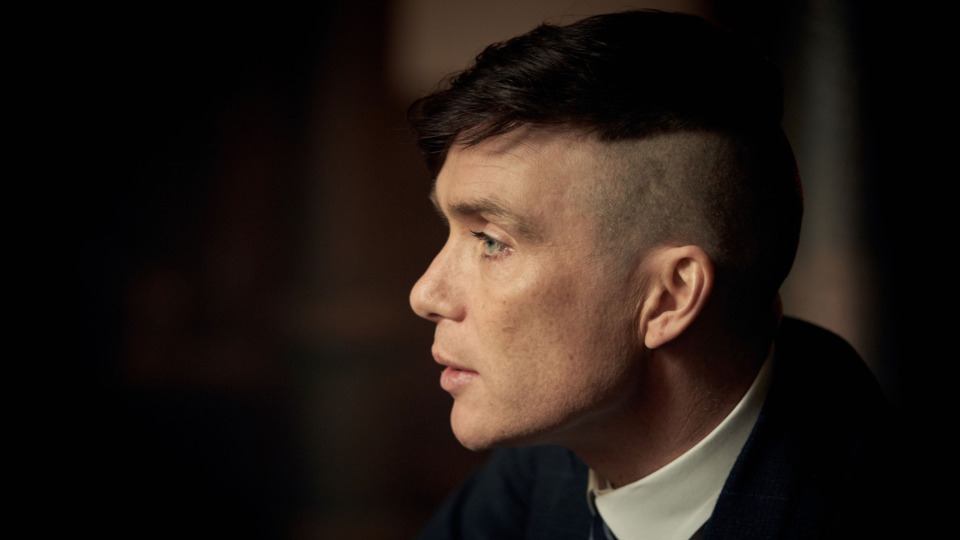 Peaky Blinders is back complete with copious amounts of slow-motion striding, heavy drinking and enough cigarettes to keep Marlboro in business until the turn of the century! Although these aspects have remained and still somehow keep their cool Peaky Blinders series 5 kicks of with an episode that sets the tone of the new world that the Shelbys now live in.

The episode opens with the Wall Street Crash (where an undisclosed amount of money has been lost by the family) having just been announced and the Shelby family reuniting back in Birmingham to formulate a plan to get back on their feet. Michael (Finn Cole) heads back from America having ignored Tommy’s (Cillian Murphy) advice to pull out of the market and Polly (Helen McCrory) travels from Monte Carlo.

During this intro Finn (Harry Kirton) Aberama Gold (Aidan Gillen) and Isiah (Jordan Bolger) are on the hunt in China Town looking for a target. Finn is under strict instructions not to get involved but he wants to prove himself to the family and ends up taking a bullet in the arm for his pains. Thankfully Aberama manages to take down their intended target after smashing through a wall in dramatic fashion. We later learn that this was a contract taken on behalf of one of Tommy’s new influential acquaintances in government.

Tommy meanwhile is out in the countryside with Lizzie (Natasha O’Keeffe) and their children. They have gone to bury a horse that Tommy had to kill as it was sick and his kids are really unhappy with him for pulling the trigger himself. We are shown a flashback of the shooting which ends with Tommy holding his gun to his own head, sure signs of Tommy’s continuing mental issues.

Arthur (Paul Anderson) then shows up to break the news of the Wall Street Crash to Tommy. In response, Tommy orders Arthur to gather the family whilst he spends a night in the wilderness to think about their next steps. After taking some morphine he has a vision in which a vision of Grace (Annabelle Wallis) appears and although she offers him some comfort she is clearly a representation of his own internal monologue of stress.

Back in Birmingham, Linda (Kate Phillips), after doing a line of coke, challenges Arthur on why he isn’t doing more to take charge now that he is chairman of the shadier side of the Shelby Empire. Their relationship is clearly in trouble and Linda isn’t happy that it will be Arthur who tales the fall should the criminal side of things collapse. She wants him to use the increasingly important role this side of the business has to play to his advantage but Arthur remains loyal.

Arthur then attempts to chair, rather comically, the family meeting before Tommy arrives and takes over. Tommy feels that their criminal businesses will be key cash earners and will be vital to recovering their losses in the crash. Cue lots of slow-motion strutting about to a blues-rock soundtrack which, oddly, works perfectly!

The Blinders reconvene in the Garrison Pub where Tommy reveals what Finn’s mission from the start was about. We also find out that Ada (Sophie Rundle) is pregnant. Polly (Helen McCrory) knows who the father is already but isn’t telling.

In Westminster, Tommy speaks in the Houses of Parliament and is questioning why the working man should be footing the bill for the fortunes lost by the already wealthy in the Crash. After his speech, he is approached by Oswald Mosley (Sam Claflin) and Tommy is rather unimpressed. Tommy then challenges the Judge who hired him to take out the hit from the first scene who tries to short change him. Tommy is having none of it and explains that he collected all of the documents that the target held, who turned out to be a child sex trafficker that the Judge had frequented. He makes it very clear that he wants payment in full.

The last act shows Tommy being interviewed by a journalist who tries a bit too hard to delve into Tommy’s shady past. Despite threats to reveal the journalist’s homosexuality Tommy wants to make sure that the story isn’t written and the final scene shows the journalist being gunned down inside a lift.

What really struck me about the episode it that despite the changes in the world setting, the show still keeps hold of what makes it Peaky Blinders. It manages to stay fresh and familiar at the same time and does a great job of setting up the series. Despite his troubles, Tommy is scarier than ever as is shown by the way he deals with the journalist at the end of the episode.

Peaky Blinders continues Sunday at 9pm on BBC One.