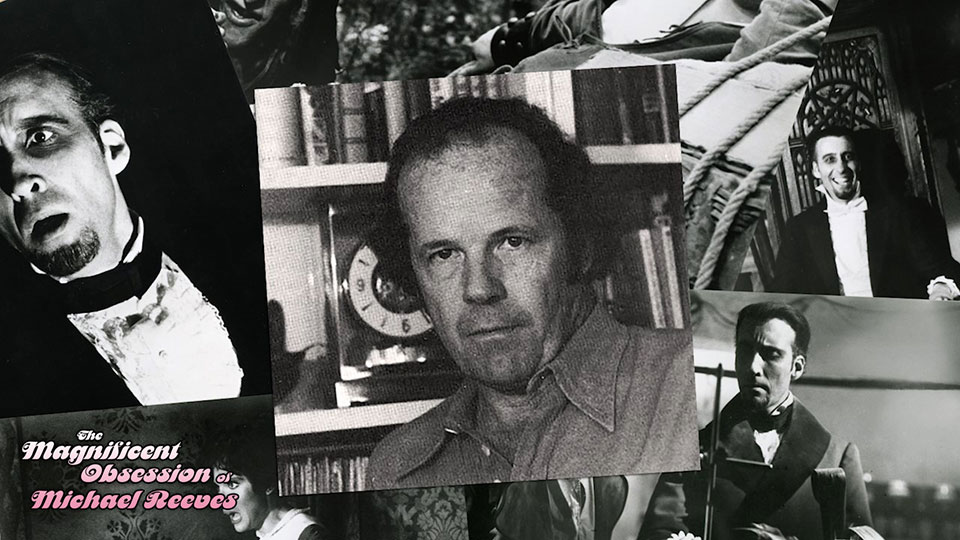 Michael Reeves was an English film director and screenwriter best-known for his film Witchfinder General, which was released in 1968. In 1969 at the age of 25-years-old, Reeves was found dead in his bedroom from an accidental overdose. Despite his young age and still being very much at the beginnings of his career, Reeves has had a lasting effect on horror cinema and new documentary The Magnificent Obsession of Michael Reeves explores his short but fascinating life.

Directed by Dima Ballin, The Magnificent Obsession of Michael Reeves attempts to give the clearest look yet at Reeves and what kind of person he was. Part way through the documentary it’s pointed out that Reeves didn’t even particularly like horror films but that he was astute enough to understand that they could be made cheaply with an almost guaranteed return. Add to that that he managed to get horror icons Barbara Steele, Boris Karloff and Vincent Price, and Reeves was well on his way to becoming an iconic genre film-maker.

The documentary features insights from those who knew and worked with him, and some of the most fascinating tales come from actor Ian Ogilvy who starred in Reeves’ 1967 film The Sorcerers and 1968’s Witchfinder General. He paints Reeves as a man whose fierce determination often led him to disregard important things like the safety of his cast and crew. He recalls how Reeves often didn’t seek permission in order to use locations to film and one particular tale includes a high-speed scene on a motorbike where an actress didn’t wear a helmet and a camera man was tied to the roof of a car to catch the shot. You can’t even fathom that something like that could happen now.

Ballin teases some fascinating stories out from his subjects. We learn about how a tenacious Reeves doorstepped American director and producer Don Siegel as he started his bid to break into the world of film. He’s painted very much as a person who saw no barriers and that once he had his mind fixed on something, he went for it regardless of the obstacles. Where most people would have given up quickly, Reeve battled through in part due to his incredible self-belief.

The Magnificent Obsession of Michael Reeves does a fantastic job of shining a light on a pivotal character in horror history whose life was sadly cut far too short. Ballin captures a fairly rounded view of Reeves through his interview subjects and if all you know Reeves from is Witchfinder General, then there is plenty to learn about him here. Definitely a one-off, Reeves would like have gone on to even bigger and better things but this documentary will be welcomed with open arms by his fans.